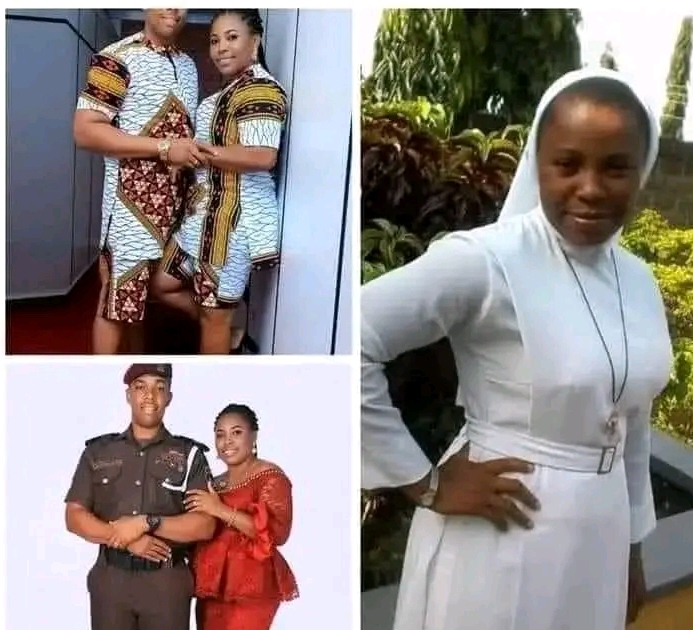 Photos of a certain lady alleged to be former Roman Catholic Reverend Sister and her dream Man have flooded social media, triggering a series of questions amongst the public.

The lady was said to be a former Reverend Sister of the Roman Catholic Church before her resignation.

When enquired about her reasons, she revealed that she could no longer stay without a man in her life.

According to some Social Media commentators, she has been in the convent for 9 years before her alleged resignation and marriage.

Consequently, some commentators have applauded her bold steps to free herself from the Convent, while others have contrary opinions.

“She was a Roman Catholic Sister for 9 years then stopped to get married to a church member. “I couldn’t manage to live a life without a man as I felt like dying”, she said. One word for her!!”
“She is free and I pray that many will learn from her and free themselves.”
Credit: Mmaduneme Okonkwo.