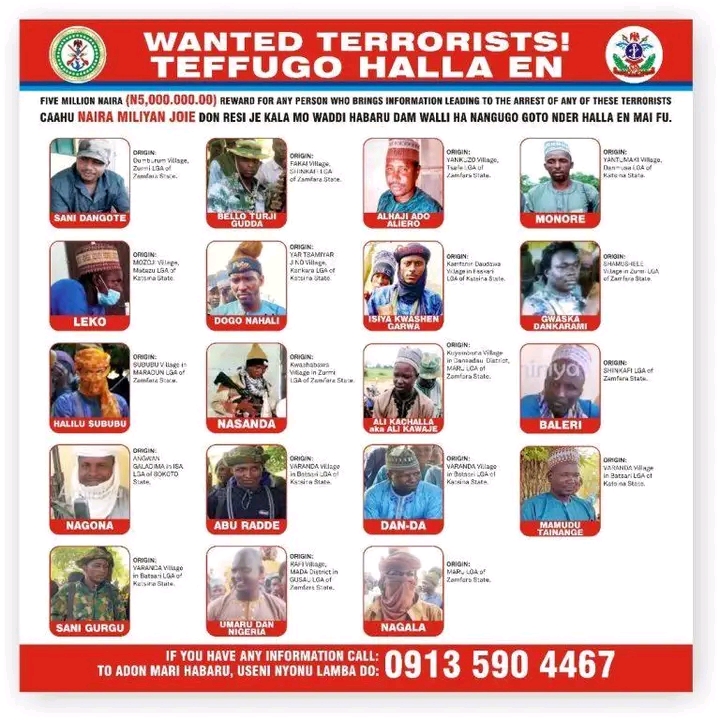 The Defence headquarters has released a list of nineteen (19) most wanted terrorists kingpins and commanders under the manhunt of troops and security agencies.

This is inline with its determination to arrest dare-devil terrorists Kingpins terrorizing Nigerians and perpetrating mayhem in several parts of the country particularly in the North West.

The DHQ has also announced the offer of N5Million reward for information leading to the whereabout and arrest of each of the terrorist Terrorists.

Photographs of the terrorists with their names and places of origin, accompanied with numbers to call for dissemination of the information were displayed at military and security locations including the Defence headquarters in Abuja on Monday