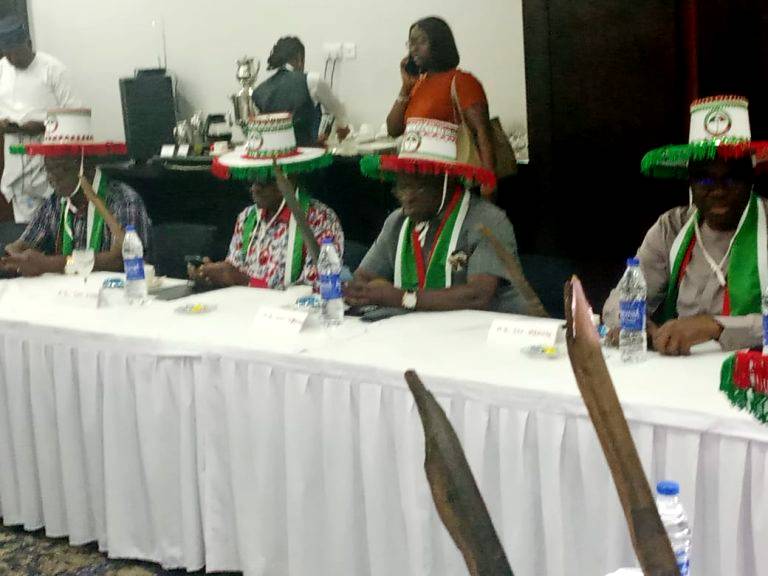 Five governors elected on the platform of the People’s Democratic Party, PDP, and some aggrieved party leaders, on Sunday, announced the formation of the Integrity Group saying it will soon take a position on the crisis rocking the party.

It was gathered that the G5 governors and some party leaders are currently having a strategic meeting in Lagos.

Addressing newsmen before going into a closed-door meeting, Governor Seyi Makinde of Oyo State said the Integrity Group is the face behind the struggle within the PDP.

Makinde said: “We are here this morning to hold a meeting of Integrity Group within our party, the PDP. You’ve been briefed on the G5 which is the five PDP governors. The G5 is all about the Integrity Group. You can see us, five serving governors, as the face of this struggle but the leaders and elders of the party that you see here are the people behind those faces.

“We are this morning in the Southwest to review the situation within our party, to review where we are, and to also look at what is going to happen in the coming elections. At the end of our deliberations, you will be fully briefed on where we stand on those burning issues. On behalf of our leaders, and elders in the Southwest, I want to welcome members of the Integrity Group with us.”

Recall that the Presidential Candidate of the PDP, Alhaji Atiku Abubakar, and Governor Wike have been at loggerheads over the removal of Ayu and the need for the South to produce the party’s National Chairman.

Meanwhile, the crisis might degenerate into unprecedented parts, ahead of the 2023 general election in Nigeria.