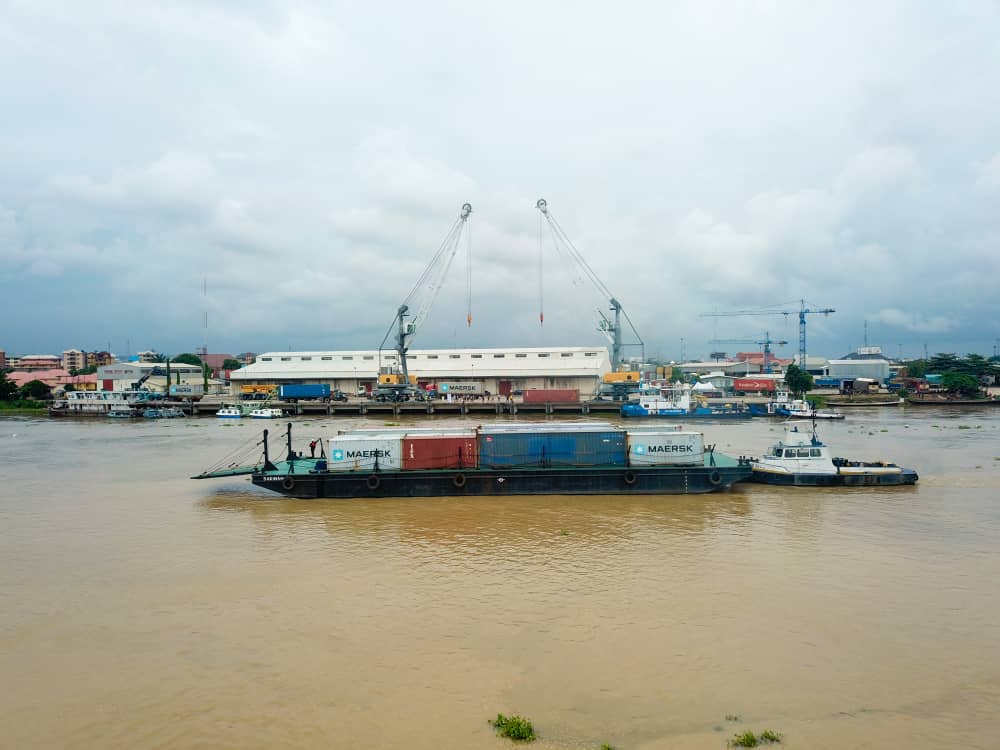 In a push to decongest the Lagos ports, the Federal Government is perfecting arrangements for the Onitsha River Port to begin full operations in the first quarter of 2021.

Darda, who described the operation as the first phase of the test-run, said the operation would also involve the movement of export goods from Onitsha River to Onne Seaport.

According to him, the second phase of the test-run would involve the movement of containers from Lagos seaports to Onitsha River Port as well as returning empty containers and export goods from Onitsha to Lagos Ports.

Queen Uba, area manager, NIWA Area Office Onitsha, Anambra State, told newsmen in Onitsha that the authority has been making frantic efforts toward full operation of a port in the Southeast since George Moghalu assumed office as managing director of NIWA.

She also disclosed that the commencement of the operation of the Onitsha River Port was being put on hold due to the ongoing concessioning process.

“NIWA has put in place all necessary things for the effective operation of the port and we are just waiting for the completion of the concession process.

“While we are waiting for the completion of the concession process, the management has entered into an agreement with Connect Rail Services Limited to kick start the lifting of goods from the port to other places in the country,” Uba said.

Baba Spencer, Onitsha River Port manager, said the port was ready for use with all facilities needed to operate effectively in place.

The Onitsha River Port was built under the administration of President Shehu Shagari in 1983 and since then has been laying fallow and until 2012, when it was rehabilitated and commissioned by former President Goodluck Jonathan.

Recall that the Federal Government in August 2020 announced that it had put modalities in motion for the movement of cargo by barges from Apapa Port in Lagos to Onitsha River Port.

The government of Anambra State is trying to put in place the proper works of the shipping development. The first arrived of the goods recorded a successful plan and development of the. Onitsha River Port. The governor, Willie Obiano and is team is are trying to make sure that enabling environment are been created to his people.