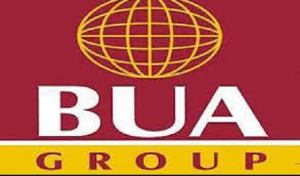 A statement by the management of the company, on Sunday, recalled that BUA was legally operating on its mining sites before operations at three of those mines were abruptly disrupted by the Inspector General of Police and the Edo State Commissioner of Police on the order of Dangote Industries and Dangote Cement Plc in 2017.

According to the statement, the court ordered the Inspector General of Police and Edo State Commissioner of Police, Dangote Industries, and Dangote Cement Plc to steer clear of the mining sites or interfering in any manner whatsoever with BUA’s operation of the disputed mining lease sites.

The statement read: “We wish to inform shareholders, employees, customers, regulators, host communities, security agencies and the general public that the Federal High Court, Benin, in a recent judgement, has made an order which upholds BUA’s fundamental right to peaceful possession of the mining sites in Obu-Okpella, Edo State (operated by BUA Cement and which BUA became seised by virtue of mining leases granted by the Federal Government of Nigeria), without unlawful interference from the Inspector General of Police, 1st respondent; Commissioner of Police, Edo State, second respondent; Dangote Industries, third, and Dangote Cement Plc, fourth.

“It will be recalled that BUA was legally operating its various mining sites in Obu-Okpella, Edo State, before the above named respondents abruptly disrupted our operations at three of those mines in 2017 during the pendency of two other matters.

“The first and second respondents, at the behest of the third and fourth, invaded and shut down the operations. We then approached the courts to enforce our fundamental rights to the property of the mines as well as our rights to continue operating from those mines.

“Whilst we were awaiting judgement, we continued to sustain our operations from our other numerous mines in that area unaffected by these actions.

“After a prolonged trial, which commenced in 2017, the court not only found that we have always been in possession of the mining sites, but clearly found that the first and second respondents were used and allowed themselves to be used by the third and fourth respondents to invade, and disrupt our operations in the affected and disputed mine sites during the pendency of two other matters between us and the third and fourth respondents.

“The court accordingly granted an order restraining the ﬁrst and second respondents (the Police) as well as the third and fourth respondents (Dangote Industries &Dangote Cement Plc) from interfering in any manner whatsoever with BUA’s operation of disputed mining lease sites. The two other matters remain pending in court.

“This judgement is one major step towards the ﬁnal vindication of our rights over the mining sites and in line with BUA’s position that it holds the legal mining leases to the disputed sites, and that all parties in this dispute allow the courts be the ﬁnal arbiter as has been our mantra — let the courts decide.