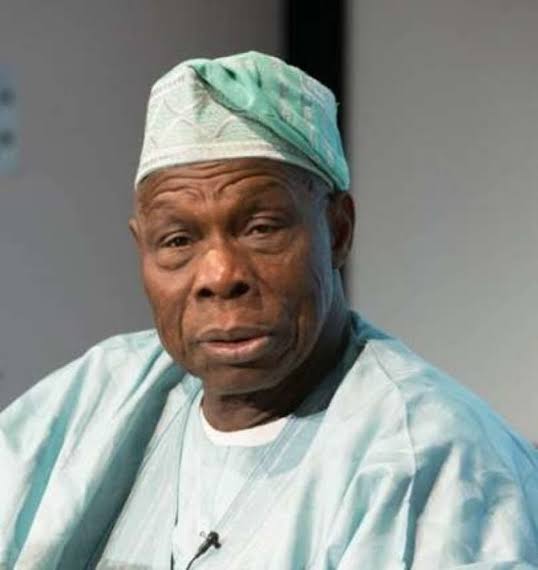 “It is evident that no ethnic group or geopolitical zones, not even the Fulanis, are collectively satisfied with the present situation in spite of President Muhammadu Buhari being a Fulani man. I am, of course, discounting invidious and irredeemable Fulani fundamentalists and hegemonists”.

Those were the words of former President Olusegun Obasanjo, who has yet again taken a swipe at the present leadership of the country under Buhari, while lamenting the growing insecurity and regretting that Nigeria and Africa were ill prepared for the rampaging coronavirus pandemic.

The former president seemed to have aligned himself with Buhari, who had last week, told the Service Chiefs, in an unambiguous language that their best is not enough for the country. Obasanjo, who spoke last night during the ‘2020 Sobo Sowemimo Annual Lecture’ at the Abeokuta Club in Ogun State, also urged Nigerians to speak out against the ills of the society while condemning the ‘docility of some people. During the lecture, which was virtually delivered, Obasanjo said criminality had become the order of the day, declaring that the current administration has failed to handle the security situation very well. According to him, Boko Haram, terrorists, herdsmen/ farmers, bandits, kidnappers, militants and armed robbers have compounded the woes of the country.

He noted that the seeming powerlessness of the Federal Government had made some state governors to devise means of enhancing security within their states and geopolitical zones. He said: “We must not adopt position of mindlessness ‘do nothing’ and allow a few to wreck our present and our future.

Together, we can have Nigeria of our dream. And I believe that there are Nigerians in all walks of life, from all ethnic groups, religious groups, cultural groups, political groups and across age and gender that will work genuinely and sincerely for emergence of a new Nigeria based on principles of democracy, equity, justice, mutual respect, egalitarianism, good governance, federal character, and extol merit and competence.

In his speech, titled; ‘COVID- 19 And Nigeria Security Issues: The Way Forward’, the former president, though declined to engage in the controversy on the genesis of COVID-19, he said “Africa in general and in Nigeria in particular, is ill-prepared for and poorly equipped for the pandemic. He however proffers a solution, saying that there should be ‘restructuring’ of the country, though he was mindful of not using the word.

“There is need for the repositioning of our country for the purpose of unity, equity, competence, good governance, security, stability, healthy competition, justice, fast socio-economic development and making Nigeria undisputed regional leader. I remain firmly convinced that without reform of federating units, as I will like to satisfy those who may not like the word ‘restructuring’, Nigeria will remain insecure, unstable, non-progressive and stagnated at best or disintegrated at the worst. I have not lived for the demise of Nigeria nor for its destruction or incapacitation in any form. Rather, I have lived to make and see a great and united country. “I shrink from the use of some words and language, i.e. mistake of 1914; Nigeria as a geographical expression or its existence is an artificiality.

There is no country that does not have history of togetherness, build up, reform or structural and component building as a geographical expression. “What matters is how the leaders and the led work together harmoniously, cooperatively, inclusively and equitably together. Such togetherness must be devoid of domineering spirit or tendencies, disregard or disrespect of any component and with observance of, and respect for fundamental human rights. He advised thus: “Papering over the obvious cracks in Nigeria’s polity is not the answer, tearing up or seeking disintegration is also not the solution, remaining silent makes us accomplices and irresponsibly so.

The solution lies in men and women imbued with courage, nationalism, patriotism, commitment, foresight and love in critical mass, to spearhead the crusade for new Nigeria. “Let us launch and promote such a crusade on the slogan “Security Matters To All; No security, No Nigeria”. And the time is now.

Delay is postponing the evil day. Failure to act now will lead to more frustration, greater despair and larger mentality and feeling that may lead to action of ‘break it all up’. May God forbid that”, he prayed. He however commended the efforts of the federal and state governments in tackling the issue of palliatives “after the initial politicized and badly handled palliative measures”, saying that the idea of leaving the states to deal with the issue mainly at their level on the principle of subsidiarity was a good one.

Obasanjo also warned Nigerians not to be misled by the restrictions being lifted, while noting that the country is not out of the woods yet, and that awareness-raising must continue in order to disabuse the minds of those who believe that COVID-19 is not real or that it is the disease of the rich.

“They must be conscious of the fact that the disease has no social or economic limitation or barrier. It can afflict anybody no matter his or her age, gender, profession or trade, social or economic standing. We must not let down our guard because we may not have reached the peak yet. “If the epicentre has moved from China in Asia to Europe to North America and now to Brazil in South America, Africa may or may not escape being an epicentre. And even then, we must be prepared for the possibility of a second wave. “Six areas need quick attention now and in the immediate post-pandemic. The first is food availability and security. The second is employment and job security. The third is change in the pattern and style of living including travelling. “The fourth is innova-tion, science, technology, digitalization and Artificial Intelligence. The fifth is local content, raw materials and substitutes. The sixth is diversification of the economy and enhancement of export commodities. It is up to us to take these six areas very seriously.

“I cannot see myself as a builder of Nigeria becoming a destroyer of it but neither will I do anything or fail to do anything that will perpetually suppress and enslave my children and their children in the land of their birth, Nigeria, which I love, nor will I want other peoples’ children to be so enslaved or shackled and their horizon limited by the place of their birth in Nigeria which is God ordained. On the amalgamation of Nigeria, the man popularly called ‘Baba Iyabo’, queried whether the 1914 exercise was an act of God or manmade.

“Criminality is the order of the day, and it cuts across the entire nation. Insecurity is one issue of commonality among Nigerians no matter their tribe, language, religion, geographical location, gender, age or social position. “If we are all held hostage by criminality of Boko Haram, terrorists, herdsmen/ farmers, bandits, kidnappers, militants, armed robbers, then we all have common ground to seek common solution by putting aside governance collapse, incompetence, failure, insincerity and insensitivity and chart a new stable.”