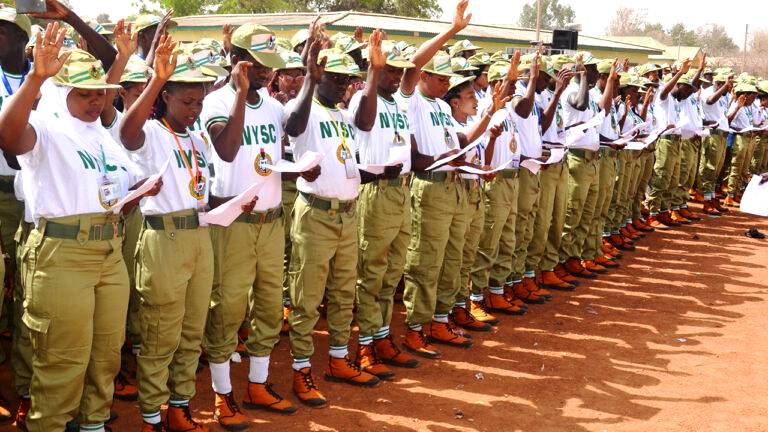 The National Youth Service Corps, NYSC, yesterday warned corps members to desist from using social media for ethnic jingoism, rumour peddling, and the promotion of hatred in the country.

It advised the Corps members to use their activities online as a means of promoting unity, peace, and national development.

She further called on them “to be good ambassadors of the NYSC as well as your families and institutions of graduation.”

“I urge you to avoid using social media for ethnic jingoism, rumor peddling, and the promotion of hatred. Instead, your activities online should be targeted at self-improvement as well as the promotion of unity, peace, and development of our dear country.

“Therefore, you must be wary of acts that can portray the Scheme in a bad light, especially drug abuse and trafficking, cybercrime and Advanced-Fee-Fraud and spreading of fake news, amongst others.”

She added: “Also remember that your membership of the Service Corps does not confer on you immunity from the legal consequences of any wrongdoing. You are, therefore, enjoined to continue to be law-abiding while also serving as role models for the younger ones.

“In the same vein, avoid being speculative on issues affecting the NYSC and, instead, visit our website, social media platforms, and other official channels for clarifications.

“I urge you to sustain the spirit of patriotism, hard work, and resilience that you imbibed during the Orientation Course. It is my ardent hope that you will strive to meet the expectations of Nigerians by contributing towards the progress and development of our dear country.

“Your letters of posting to Places of Primary Assignment will be released to you after this ceremony. In this regard, I would like to remind you of the oath of allegiance you took in which you pledged to accept the posting in good faith. I enjoin you to perform your duties with diligence and be guided by the provisions of the NYSC Act and Bye-Laws as well as workplace rules and regulations.”