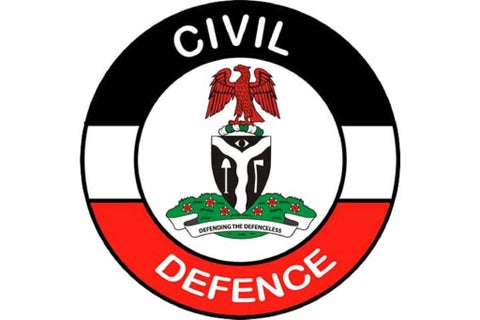 NSCDC Commandant in Kano State, Mr. Abu Abdu, disclosed this to newsmen while parading the suspect on Friday in Kano.

According to him, the suspect, Mansur Jibril, 25-year old, planned to seduce a 15-year-old girl, who came to Kano from Daura, Katsina State.

“She narrated to us that the suspect took her in his tricycle to Brigate, a community in Nasarawa Local Government Area within the Kano metropolis.

“The suspect picked the victim from Gidan Baban Gwari, an area along Katsina Road, and continued to go round the Kano metropolitan area with her for five hours.

“He took advantage that the innocent girl was a stranger and was not familiar with the nooks and crannies of the city.”

“The girl told the security outfit that the suspect bought her food, but she began to suspect something through his acts, which made her refused to eat the food in spite of being hungry.

“After about five hours of moving around the city without locating her destination, she raised an alarm which caught the attention of some people, who alerted the operatives of the command that led to his arrest,” Abdu said.More in Home

The NSCDC official said that the command would not relent in its efforts at fighting the menace of rape and other women abuses and societal crimes.

He urged parents to bOyoue more vigilant in monitoring the whereabouts of their children and not to hesitate in reporting any suspicious moves to the security agencies in their areas.