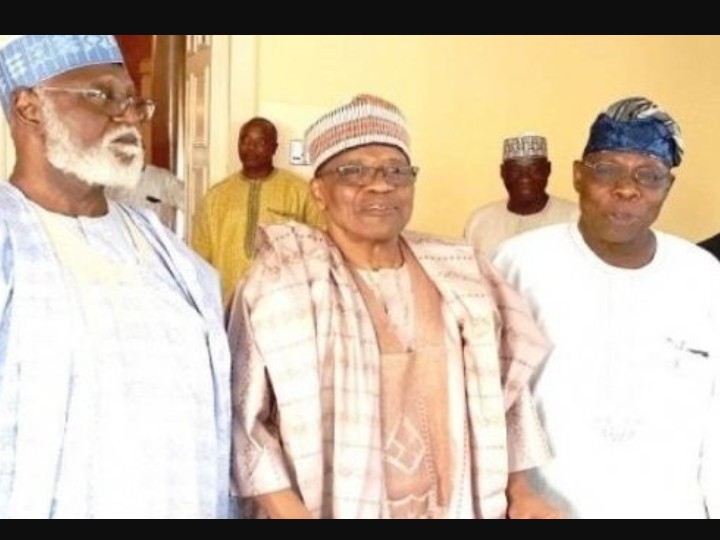 Barring any hitch in plans, northern power brokers, in concert with their influential counterparts in the South, have commenced the search for presidential candidates who they intend to push for the 2019 election.

While the godfathers, as well as foot soldiers of the secret plot, are mostly members of the ruling All Progressives Congress (APC), they are looking beyond the party for the candidates.

This is even as the possible presidential running mate will still emerge from the South-West. In this regard, the fate of acting President Yemi Osinbajo hangs in the balance as far as the permutation is concerned.

Those behind the plot for the new presidential candidates are hoping that President Muhammadu Buhari would not contest the 2019 presidential election.

But the plan appears to run contrary to the pronouncement made by the national chairman of the APC, Chief John Odigie-Oyegun, that the party would still field President Buhari as candidate in 2019 in spite of his fragile health.

An impeccable source close to one of the camps behind the plan confided in our correspondent that at least, three serving governors, as well as two serving senators are being touted as possible candidates to replace Buhari.

All, except Dankwambo who belongs to the opposition Peoples Democratic Party (PDP), are of the ruling APC.

“From the look of things, the president, who is currently on medical follow-up in the UK, might not have the energy to face the rigour of political campaigns for the 2019 election.

“While some might be praying for the unforeseen so that their political empire will blossom, what we are praying God to grant us is to give Mr. President enough strength to complete the remaining period of this term, so that we can redraw our political architecture in the country.

“Already, some elders from the North with deep contacts in the South have started consultations on the way forward for the nation with regards to 2019. Those who set the tone for Buhari and the APC are still there and they are talking.

“From all indications, this time around, the search will be expanded to other parties, including our most vociferous opposition, which is the PDP.

“But we cannot just face the burden of the name. So whatever it is that happens, whoever the lot falls on even outside the APC, he will join us in our party,” the source, an influential member of the APC, said.

It was gathered that talks in this direction commenced in March during Buhari’s first medical trip abroad this year.

Former President Olusegun Obasanjo, who is said to be actively involved in the push, was reportedly rooting for Kwankwaso until last month when he allegedly drafted in Dankwambo. He is the only known southerner involved in the plot.

The Gombe governor served as Accountant General of the Federation under Obasanjo. If plans work according to the former president’s game, Dankwambo may dump the PDP for APC towards the end of this year.

For both Kwankwaso and Gaya, movers of the plot are banking on the voting strength of Kano while Tambuwal’s youthful advantage as well as his deep contacts in other zones, are being considered as assets for him.

For Shettima, he is said to be considered on the strength of his position as chairman of the Northern States Governors’ Forum, a group he has led with maturity for over two years.

But the need to placate the devastated North-East is also paramount in the thinking of those behind the plot.