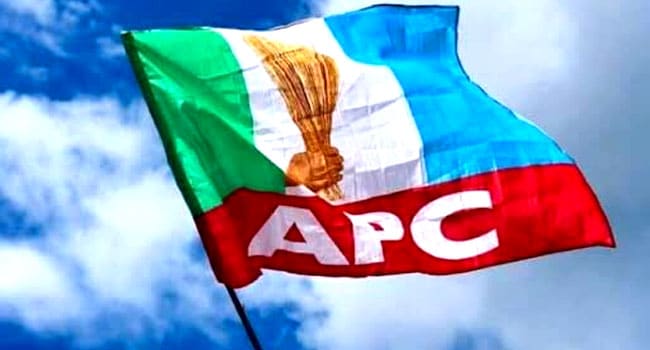 The All Progressives Congress (APC) has disappointed many Nigerians and may find it difficult to win the 2023 general election.

This position was adopted during an interview by the immediate past Secretary to the Katsina State Government, Dr. Mustapha Muhammad Inuwa. He said when the APC came on board in 2015 after taking over from the Peoples Democratic Party (PDP), many people had high expectations and even thought the challenges facing the country will soon become a thing of the past. However, contrary to expectations, the party has failed to impress and had instead plunged the citizens into more challenges. According to him, under the APC government, many Nigerians have been battling hunger, insecurity and economic challenges hence there is a drastic need to address these challenges if the APC wants to win next year’s election. To this end, Inuwa submitted that it will be an uphill task for the APC to get the votes and support of the masses in the 2023 elections if nothing changes before then. Inuwa in an interview with Vanguard said: “I interact with people on a daily basis in my house and in my office. Honestly, people are not happy with APC as a party and government both at state and national level. This is the truth. “I was past Chairman of the APC. I served as secretary to the governor (Aminu Masari) for over seven years. So naturally, I should want APC to succeed but the truth is, it is unfortunate really. “When APC came in as a government, there were a lot of expectations by the people. In fact, I would say unrealistic expectations. Many people believed that with PDP out and APC in, all problems were considered solved but unfortunately APC as a government experienced a lot of challenges. Some internal, some global, especially issues to do with revenue. We relied largely on what we generated from the sales of oil and the price kept coming down. “The issue of insecurity also persist especially in Northwest, North Central and to some extent, southern parts of the country. These affected personal commercial activities of our people. “So honestly, APC was not fortunate. A lot of things turned out contrarily to what people expected. So, people are not happy.

Food Prices, Others Are On The Increase

Speaking further, the APC chieftain lamented the rising cost of food items and other commodities in Nigeria as a result of the worrying inflation. He lamented that prices are going up but people have less money to take care of their needs. He said, “The life now, almost everything increases by three to four folds when you come to cost of living. Take for instance, the cost of a bag of rice, when we came on board, I think the 50kg bag was sold for about N8,000 per bag but now it is being sold at N33,000 in this area and at about N40,000 in Abuja axis. So, this is the same in almost every aspect. “The sources of income have also gone down and people are not even getting money to buy things anymore. It is one thing for cost of things to be high and people can afford it and it is another thing when things are high and unaffordable. So many people honestly live without food; they can’t take their children to school and can’t attend to their health challenges. “All our commitments have become in many cases impossible to meet and the issue is even worst especially in this part of the country. In Katsina and other states in the northwest people have lost hope in the government and the security agencies to tackle the situation. “So, honestly, people are not happy and unless of course something radical, something serious happens especially to do with this issue of insecurity, high cost of living from now till election, it will be extremely difficult for APC to win.”