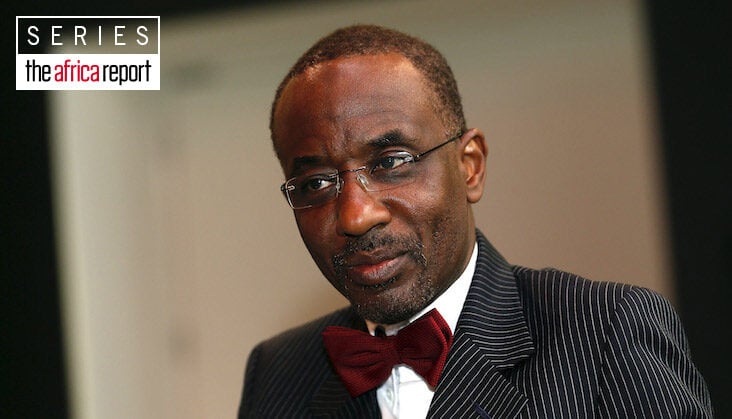 A former Central Bank of Nigeria (CBN) Governor, Sanusi Lamido Sanusi has disclosed that the CBN Governor Godwin Emefiele has assured him that the rumoured removal of the Arabic inscription on the Naira notes was baseless.

According to Sanusi, the proposed redesigned naira notes, which is set to be implemented between December and January next year, will all carry Arabic inscriptions. Naija News learnt that the former apex bank governor in a short video shared on his social media platforms was reported to have debunked rumour of the removal of the Arabic inscriptions on the new naira note, saying Emefiele had assured him that the rumoured removal of the Arabic inscriptions on the new naira were baseless. His comment follows the agitations of some Nigerians that the new naira notes should not carry any Arabic inscription on them. Sanusi also claimed that plan to introduce N5,000 notes, which was shelved in 2012 has not been forgotten. The former CBN governor who recalled how his attempt to introduce the N5,000 note was resisted when he was the governor in 2012, added that “considering the quantum of cash Nigerians carry, the issue is something that can not be avoided in future.” Sanusi was reported to have said in 2012 when he was still the CBN governor that “inflation in Nigeria is a monetary phenomenon. In some countries such as Singapore, Germany and Japan, the highest denominations are 10,000 SGD, 500Euro and Yen 10,000, respectively. “These denominations have relatively high dollar equivalent. The levels of inflation are, however, low at 2.8, 1.1 and -0.7, respectively as in 2010. “We believe that the introduction of a higher bill would complement the bank’s cashless policy as it would substantially reduce the volume of currency in circulation, particularly in the long term.” Sanusi, remarked that the making of the video was “just to clarify and debunk rumours of the removal of the Arabic inscriptions,” adding that If he had issues with the bank’s policy or timing, he will discuss them with the relevant authorities of the apex bank and not publicly. Sanusi, who is also the spiritual leader of the Tijanniyah Sufi order of Nigeria, told Islamic scholars to always “ask questions on issues of the economy from relevant authorities.”