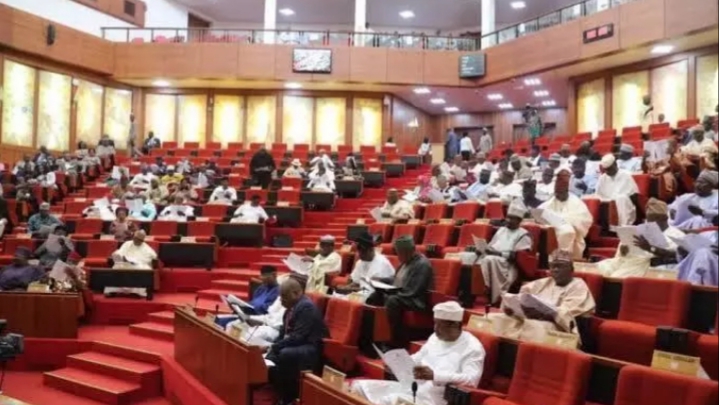 Two southeast senators were reportedly involved in a heated exchange on the floor of the Senate on Tuesday July 14.

Senator Utazi who represent Enugu North senatorial district while noting a point of order urged the Senate to note Chief Innocent Chukwuma as one of those contributing greatly to the growth of the Nigerian industrial sector .

However, he went on to note that although Innocent is contributing his own part for the building of the society, there are a lot of persons are hell bent on bringing him down.

This however did not go well with Senator Ifeanyi Ubah as he ignored rules and protocols and openly engaged Senator Utazi over his statement.

Senator Ubah furthermore claimed that Senator Utazi had no rights to comment on happening that concerns his own district.

Recall that Senator Ifeanyi Ubah and chief Innocent Chukwuma are from the same Senatorial district.