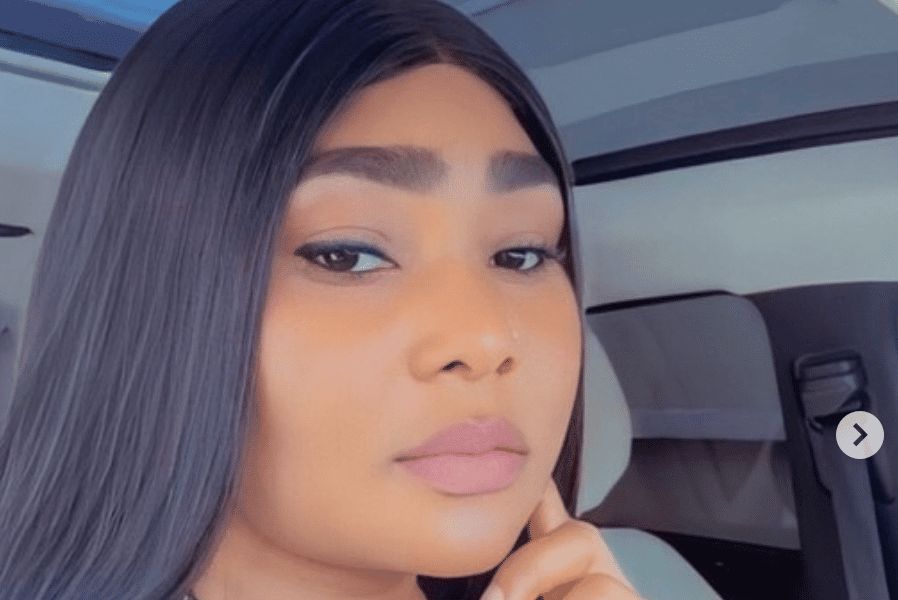 Nollywood actress and filmmaker, Chiamaka Ugoo, has bragged about her husband, stating that he has never cheated on her.

Naija News reports that Chiamaka made this known in the wake of the social media buzz, following the death of Bimbo Ogbonna, the wife of popular Lagos businessman, IVD, over alleged domestic violence. In a post shared on Instagram, the actress claimed she is imperfect, notwithstanding, God decided to bless her with a man who she described as close to being perfect. According to the actress, her husband has more than it takes to be a womanizer, yet he has never looked at another woman, adding she can swear with her life. She wrote: “After reading all the painful and scary things about some relationships over the weekend. “Me, an imperfect small girl with a perfect God that blessed her with a man that is close to being perfect. This dude has more than all it takes to be a womanizer, yet, I can swear with with my life that he not looked at another woman not to talk of cheating.”

What Turns Me On

Meanwhile, Nigerian music executive, Michael Ajereh, popularly known as Don Jazzy, has revealed that helping people achieve their dreams is what turns him on lately. Naija News reports that the Mavin boss who recently marked 20 years of being in the music business made this known on the microblogging platform, Twitter after a fan identified as Zuco reacted to his tweet’ which reads: “I can’t imagine myself not doing this music business. I wake up every morning with the same passion from 20 years ago.”

Reacting to Don Jazzy’s tweet, Zuco wrote: “Damn!!! Don’t give up, keep chasing your dream and you’ll def achieve it”.

The music executive then quoted the tweet, revealing that he has achieved his dream for over 15 years now.

Don Jazzy then noted that helping other people achieve their dream is what ‘turns him on’ now.

He tweeted; “Dream wey I don catch, tie am rope gum body for over 15 years now. Helping other people do the same is what turns me on now. It’s a different high.”