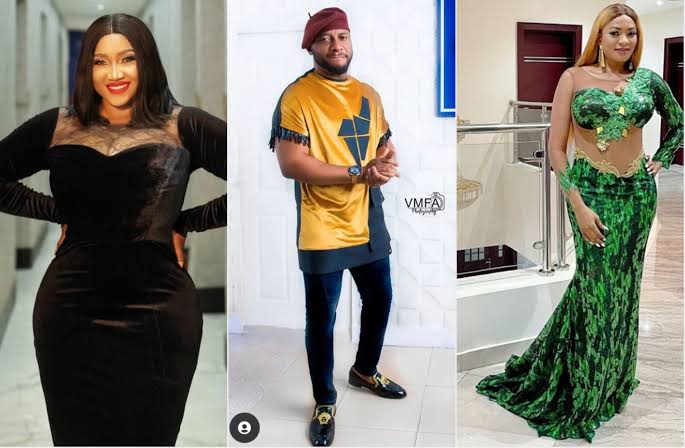 May Edochie, first wife of Nollywood actor, Yul Edochie, has taken to social media to once again mark her territory and call herself the queen of her husband’s household.

This is coming moments after her co-wife Judy Austin officially added their family name Yul-Edochie to her surname on Instagram. Naija News recalls that Judy Austin took the last name of her husband and colleague, Yul Edochie few hours ago. A check on her Instagram account on Thursday, October 13 revealed that Judy changed her bio from Judy Austin Moughalu to Judy Austin Yul-Edochie. Her Instagram followers also grew from 156k to 233k. Taking to Instagram not long after Judy name change, May shared a photo of herself in Igbo attire, and revealed her Igbo name, Amaka. She said, “And my Igbo name Amaka. Who got it right?. “Say hello to Queen Amaka “Queenmayyuledochie”

Phyna Discloses What Rico Swavey Did For Her

Winner of the Big Brother Naija ‘Level Up’ edition, Phyna, has mourned the death of a colleague, Rico Swavey. Naija News reports that Rico passed on in the early hours of Thursday, hours after another BB Naija star, Tobi Bakre started the Campaign to raise funds for his treatment. Following his shocking demise, Phyna while mourning his death, disclosed how Rico came all the way to her winner’s party to show support. She wrote; ”RIP Rico Swavey. He was so supportive and even came to my winner’s party. May God be with his family and friends.”