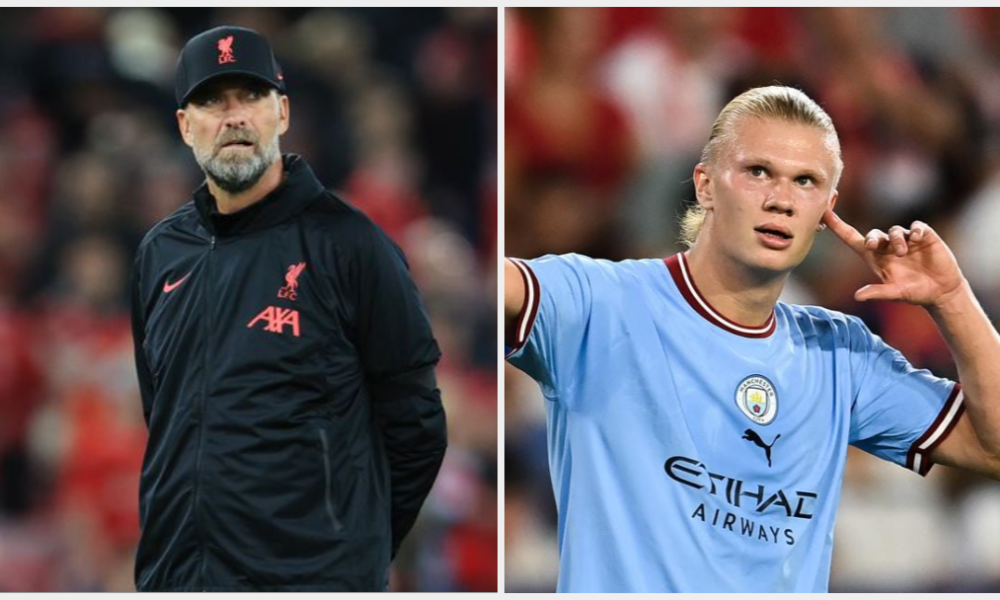 Liverpool manager, Jurgen Klopp has dropped hints on how his team will stop Norwegian forward Erling Haaland in the clash against Manchester City on Sunday.

The newly signed Manchester City striker has shown an impressive performance both in the domestic league and European competitions. However, the Norwegian struggled in his Manchester City debut against the Reds in the 3-1 Community Shield loss despite multiple chances being missed. According to sources, the striker did not feature for City’s reverse feature against Copenhagen on Tuesday so has to be fully fit to face Klopp’s men at the Anfield Stadium. The 22-year-old will travel to Anfield Stadium with the squad, leading the European Golden Boot with 15 Premier League goals and 20 goals overall. The ex-Borussia Dortmund player, who failed to impress in the Community Shield, will be eager to redeem himself against the Merseyside team after scoring in seven straight Premier League matches. In his pre-game press conference, Klopp, who is fully aware of the striker’s abilities, said: “Obviously, when you’re playing against for sure the best striker in the world, you have to make sure he doesn’t get many balls. “So that’s what we will try. And then against City, obviously the problem is if you close Haaland down with too many players, then you open up for all the other world-class players. “So that will not make life easier, but that’s the challenge. It’s a football problem and we will try to find solutions.” The German manager added: “I think for Erling, the thing is he just combines so many things and it’s rare. His finishing skills are obviously exceptional. “But he moves really smart, that makes him tricky. You can only use your speed if you use it in a smart way because just running is not helpful. “Especially behind the line. You need to make sure you are patient enough and not being offside. The package makes him special.”