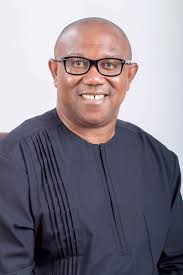 Vice Presidential Candidate of the People’s Democratic Party, PDP, in 2019 elections, Mr. Peter Obi, has said that borrowing progressive economic ideas from China will be more beneficial to Nigeria than taking public loans to pump into the economy.

Obi who made this remark at the 60th Founder’s Day Lecture of University of Nigeria, Nsukka, said China had gone through different stages of national development to arrive at their present level. It would therefore pay Nigeria better to copy China’s economic development template rather than running to them for loans.

Obi argued that China that could only boast of a GDP per capita of $960 in year 2000, had grown to a GDP per capita of $10275 in 2019, with a High Human Development Index of 0.798 in 2019 as against 0.594 in year 2000. Obi said the huge economic development seen in China is as a result of huge investment in MSME sector which drastically reduced unemployment and increased government revenue.

In his words “MSMEs in China which constitute about 95% of Chinese firms, account for 60% of China’s GDP and contributes more than 65% of the import and export business in China. They also contributed about 50% of the overall tax revenue of government MSMEs constitute about 95% of all enterprises in China. China’s GDP is today about $14 trillion, which means that 60% translates to about $8.4 trillion – about 21 times the GDP of Nigeria.

MSMEs account for over 60% of industrial output and provide over 60% of the overall employment and 80% of urban employment in China. Talking about the growth of the MSMEs, 10 years down the line, 60% of these MSMEs have shown to become large corporate when compared with Nigeria that 96% are still at the Micro stage.

China had planned to create 50 million jobs from 2015-2020, which is 10 million annually, and is religiously following the plan year-on-year. In fact, China has consistently surpassed its annual target. China has an unemployment rate of only 3.7%.”.

Obi stated that if Nigeria emulated China’s economic development plan, it would pay the country better than taking loans which risk being mismanaged.

The event was attended by notable Nigerians, including the principal members of the university. Obi was accompanied by Prof. Stella Okunna, Engr. Patrick Obi, Mr. Ndubisi Menakaya, Mr. Paulinus Aniagbaso, among others.