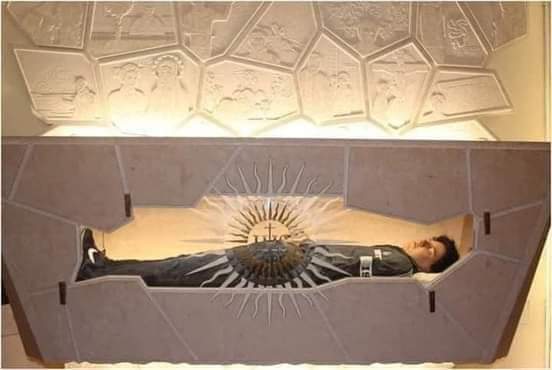 The tomb of Carlo Acutis was opened this morning in Assisi after the Holy Mass officiated by the Bishop of the Diocese. The body of Carlo Acutis was found intact and incorruptible after 10 years of burial and has been put on public display for the glory of God!

For the first time in history you will see a saint dressed in jeans, sneakers and hoody. Holiness is not a distant thing but very much within everyone’s reach because the Lord is for everyone.

Carlo Acutis was an Italian Roman Catholic teenager. He was best known for documenting Eucharistic miracles around the world and cataloging them all onto a website that he himself created in the months before his death from leukemia.

Acutis will be beatified at the Papal Basilica of St. Francis of Assisi on Saturday, October 10 at 4 P.M. Cardinal Giovanni Angelo Becciu, Prefect of the Congregation for the Causes of Saints, will preside.