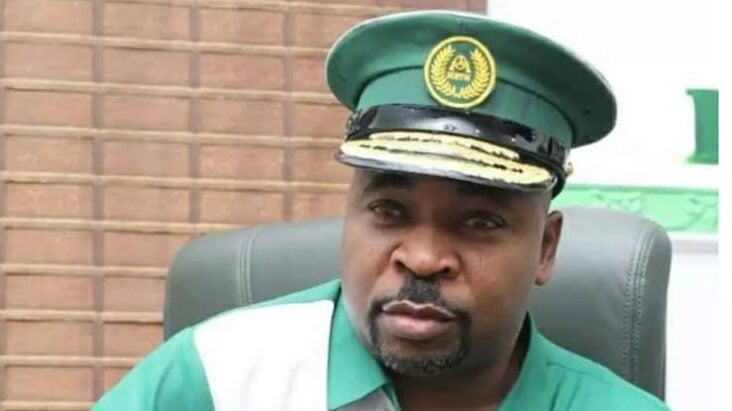 Sequel to the commencement of the strike by commercial bus drivers in Lagos State under the aegis of the Joint Drivers Welfare Association of Nigeria (JDWAN) yesterday, the Chairman of Lagos State Parks and Garages Management, Alhaji Musiliu Akinsanya aka MC Oluomo, has promised to address their grievances.

According to him, the agency has a conflict resolution mechanism to address the grievances of bus drivers. MC Oluomo said he expected the aggrieved commercial bus drivers to channel their grievances to the appropriate quarters. Naija News reports that despite his claim that he hasn’t received any complaints of extortion from any group, MC Oluomo promised to give them a fair hearing as always at meetings. The Secretary of the Parks and Garages Management Operations, Olayiwola Lemboye, who spoke on his behalf, cautioned the aggrieved commercial bus drivers not to politicise their operations in the state. Lemboye, who revealed that the doors of the agency are always open to address issues among members, noted that “As we speak, we have not received any communication from anyone on the issue of extortion or harassment. They ought to have reported the matter to their branch chairmen or brought it to the state secretariat or if branch chairmen are not forthcoming. “The purported strike action has a political undertone. If not, how come they are coming under a name unknown to the law? The government recognises two bodies – the suspended National Union of Road Transport Union (NURTW) in Lagos State and the Road Transport Employers Association of Nigeria (RTEAN). ”The Joint Drivers’ Welfare Association of Nigeria (JDWAN) is not known. Despite that, the state government’s Liaison Officer to the Parks and Garages Management, Mr Hakeem Odumosu, a retired Assistant Inspector General of Police, has also waded into the matter and held a meeting with them. Instead of adhering to the agreement reached, they resulted in blackmailing the respected retired police officer.” Lemboye, who denied the alleged attack on members of the JDWAN, said “The Chairman of Lagos State Parks and Garages Management Alhaji Musiliu Akinsanya is a peaceful person and will never subscribe to such illegalities. More so, our operations are limited in the Berger area of Badagry where they alleged that some of their people were attacked.” Lemboye, also appealed to Lagosians not to panic about the matter, adding that Akinsanya has been liaising with branch chairmen on how to peacefully address the grievances of the aggrieved bus drivers. Recalled that Naija News had earlier reported that the leadership of JDWAN warned that it will support its members to embark on the seven-day boycott of Lagos roads, beginning tomorrow, Monday, October 31, 2022, to drive home their grievances of extortion by the motor parks and garages management.