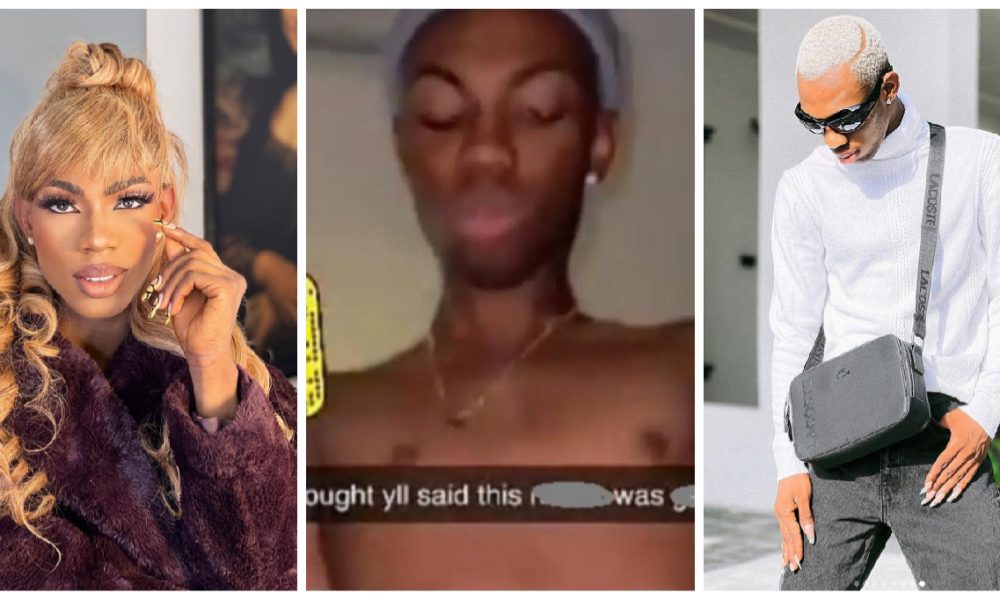 Nigerian crossdresser, James Chukwueze Obialor, popularly known as James Brown, said on Monday that he is single and ready to get a wife.

Naija News reports that the 23-year-old made this known via his verified Instagram account on Monday morning. Sharing a cute photo of himself on the social platform, James Brown wrote, “The latest bachelor in town, I’m single, looking for a woman to call wife.” This is coming weeks after the crossdresser sparked mixed reactions online with his s3xtape. Naija News recalls that the social media was sent into a frenzy in early October with the s3xtape of the self-acclaimed princess of Africa. In a viral video, James Brown was captured on camera standing naked over an unidentified woman, while holding his private part.

My Mother Infected Me With HIV

In 2020, James Brown opened up about living with HIV in an interview with BBC Igbo, stating that he knew about his status when he was 12. According to him, learning about his status left him broken, but he accepted his fate and decided to live with it as he had no option.

James noted that he got HIV through mother-to-child transmission and has lived with it for a long time.