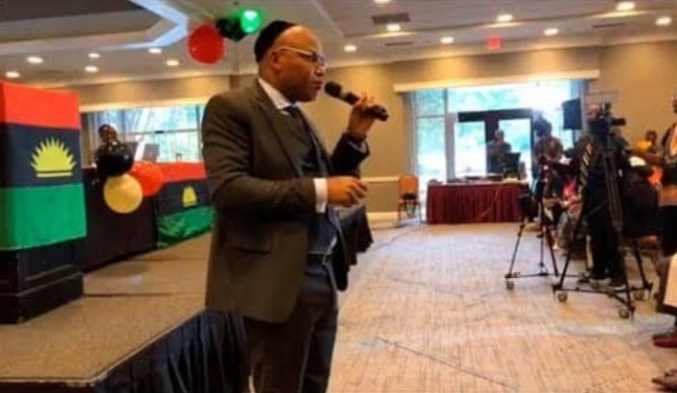 According to Nnamdi Kanu, leader of the Indigenous People of Biafra, IPOB, recently held a prayer summit in Washington D.C. ahead of the sit-at-home order across the Biafralands.

Kanu said the prayer summit was organized and conducted by the popular US Evangelist Minister Franklin Graham.

Meanwhile, Evangelist Franklin Graham prayed for the quick restoration of the ‘Republic of Biafra’ by the United Nations(UN) and other world leaders to approve the breakup of Nigeria, so that Biafra country will be created from Nigeria.

“Throughout the event, we did not sight any individual or individuals with their trademark Office Flat File containing worn-out pages of Abdulsalami Abubakar’s 1999 #Zoo Constitution.

“When the IPOB outing in Washington begins to yield a positive outcome in the near future, these unconscionable One Nigeria slaves deceiving themselves under the name of a river or should I say NEW NIGERIA(NNM).”

“Efulefus would start grumbling that it was their effort that led to it. They always want to claim credit for something about.”

“We are IPOB, the largest and most formidable mass movement on the face of the earth. If in doubt ask Aso-Rock,” he concluded.