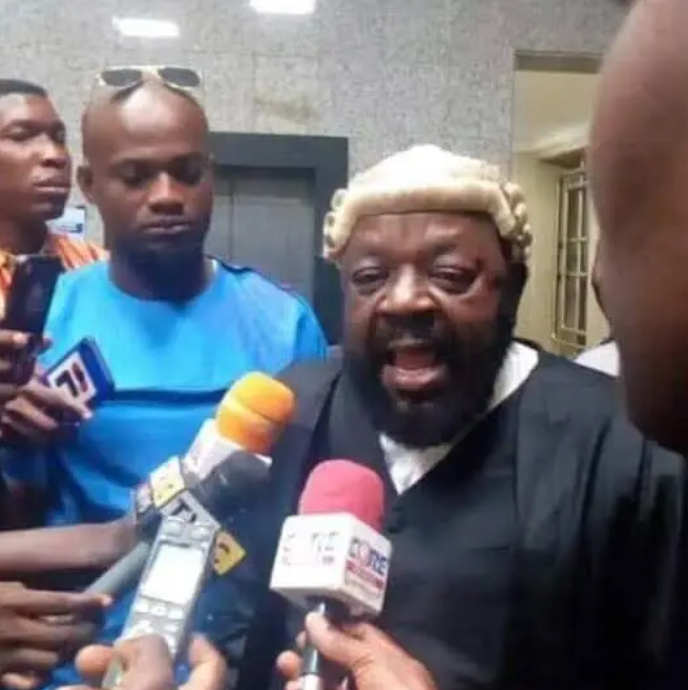 Special Counsel to Mazi Nnamdi Kanu, (the leader of the Indigenous People Of Biafra) IPOB, Barrister Aloy Ejimakor has expressed bitterness over the Kenyan case.

Barrister Ejimakor disclosed this in the week after the kickoff of the UK case which is currently awaiting a decision.

According to the report, the Federal High Court case for November 18 is discontinued, while the AU case is awaiting a decision.

Similarly, the UN opinion is said to have been escalated to other tribunals, while the Kenyan case is set for February 2023.

The vexation of Barrister Ejimakor is said not to be unconnected with the length adjustment of the Kenyan case, even though the Kenyan Government had earlier admitted to having no evidence against Kanu.

Ejimakor has also in the week, sent a 6-page Letter with 4 Annexures to the European Union in Nigeria, seeking its urgent intervention in persuading the Government of Nigeria to do the RIGHT THING by complying with an extant court/tribunal decisions & permit Mazi Nnamdi Kanu his right to independent medical care. Read the Letter below.

It would be recalled that Kanu has no further business with the other courts in Nigeria, even as the file for the stay of execution awaits a decision.

This is consequent upon the recent judgment of the Court of Appeal presided over by Hon Justice Binta Nyako.

According to the IPOB’S lead Counsel, Sir Ifeanyi Ejiofor, Esq. (KSC), the Court per His lordship Hon. Justice Binta Nyako, agreed with them, that it lacks the jurisdiction to entertain a given charge against Onyendu Mazi Nnamdi Kanu, given the landmark judgment of the Court of Appeal.

He further stated that the matter was consequently adjourned sine die pending the outcome of the appeal at the Supreme Court.

Meanwhile, Ejiofor further disclosed that the appeal to set aside the order staying the execution of Kanu’s judgment would be fixed for hearing any moment.