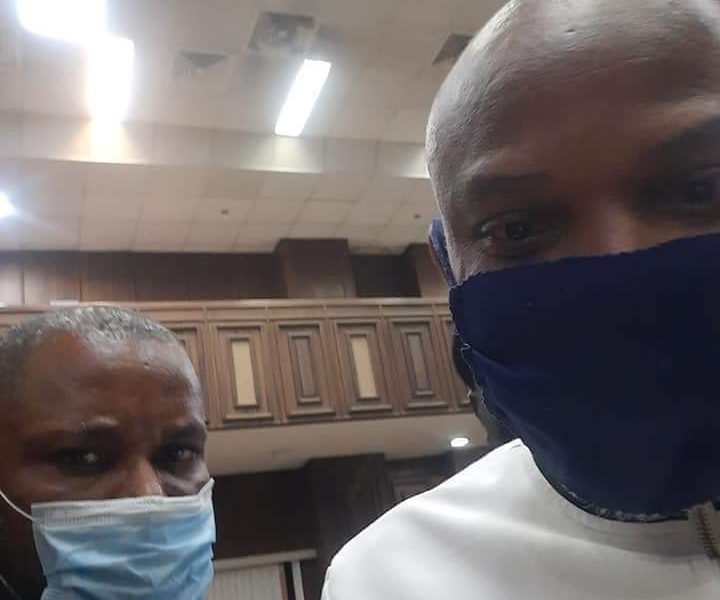 Elder statesman and leader of the Pan-Niger Delta Forum, Edwin Clark, has called on President Muhammadu Buhari to order the immediate release of the leader of the Indigenous Peoples of Biafra (IPOB), Nnamdi Kanu.

Naija News reports that the Court of Appeal had last week Thursday discharged Nnamdi Kanu and ordered his release from the custody of the Department of State Services (DSS). But reacting to the judgment, the Attorney-General of the Federation and Minister of Justice, Abubakar Malami, had claimed that the IPOB leader was not acquitted but only discharged. He vowed that the federal government would explore other options in prosecuting the pro-Biafra activist. In a statement on Monday, Clark accused Malami of abandoning part of his job and involving in what he described as “executive rascality.” According to Clark, Buhari had promised to abide by the ruling of the court, asking the president to keep to his promise. He said, “I consider this stance of the Federal Government as rather imperious and needless. I, therefore, earnestly call on President Muhammadu Buhari to obey the judgment of the Court of Appeal and order the immediate release of Nnamdi Kanu in the interest of peace in the country, the South East Zone, in particular. “I remember, and it is well known, that when the leaders, elders, and traditional rulers of the South East pleaded with President Muhammadu Buhari during a meeting in Abakaliki, Ebonyi State, to release Kanu and other pro-Biafra agitators in detention, the President responded that Nnamdi Kanu’s fate will be decided by the court. And even when they (Igbo leaders) visited him at Aso Rock, the President again said the matter was no longer in his hand and the security agencies, but in the hand of the judiciary and that whatever the court decides would be final. “Now that the Court of Appeal has given its judgment on the matter, I am imploring the President to obey the judgment of the court and release the young man and allow peace to reign. At this time, when insecurity is the order of the day, anything that would enhance the peace and stability of the country must be embraced. “The Attorney-General of the Federation, Abubakar Malami, SAN, needs to appreciate the fact that he is the Chief Law Officer of the Federation as provided in Section 150 (1) of the 1999 Constitution of Nigeria (as amended). He is expected to play a neutral role at all times and in all matters. He is not the Chief Law Officer of a section of the country, a group, or even the President. But, I have, sadly, observed that the Attorney General has, no doubt, abandoned part of his job and is now involved in ‘executive rascality,’ to the chagrin and dismay of patriotic Nigerians at home and abroad.”