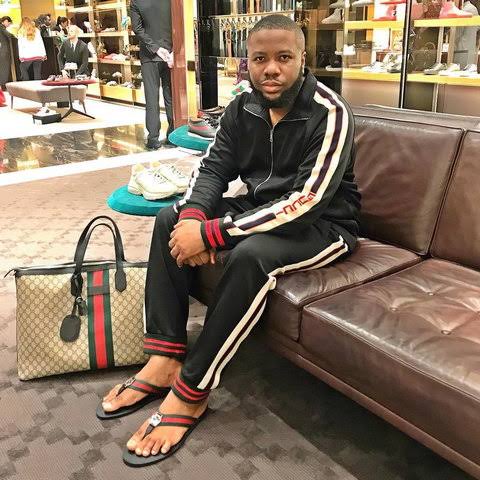 Nigerian fraudster Ramon Olorunwa Abass and members of his gang were arrested while sleeping at their Dubai residences, the information contained in a video shared on Twitter by Dubai Police Media Office shows.

Abbas, popularly known as Huspuppi was arrested earlier in June along with Olalekan Jacob Ponle, also known as Woodberry and 10 others.

The 12 suspects were arrested in six simultaneous raids carried out by the e-police unit of the Dubai Police.

Their arrest in an operation codenamed Fox Hunt 2 came after about four months of painstaking investigations into their activities., during which their social media activities were monitored by the highly trained police unit.

The video posted by the Dubai Media Office said their police were able to track the locations of the suspected fraudsters using their social media activities.

The Dubai Police said the Hushpuppi and his gang specialised in hacking corporate emails and then send fictitious messages to the clients of the companies whose email accounts they have hacked to redirect financial transactions and bank details to their own accounts.

Media reports said most of the victims of Hushpuppi’s gang’s criminal activities are United States citizen and that the Federal Bureau of Investigation is interested in extraditing members of the gang to the US.

A California-based cybersecurity firm Agari said on Tuesday, May 19, that “some if not all” of those who committed the fraud are part of a Nigerian fraud group Scattered Canary.