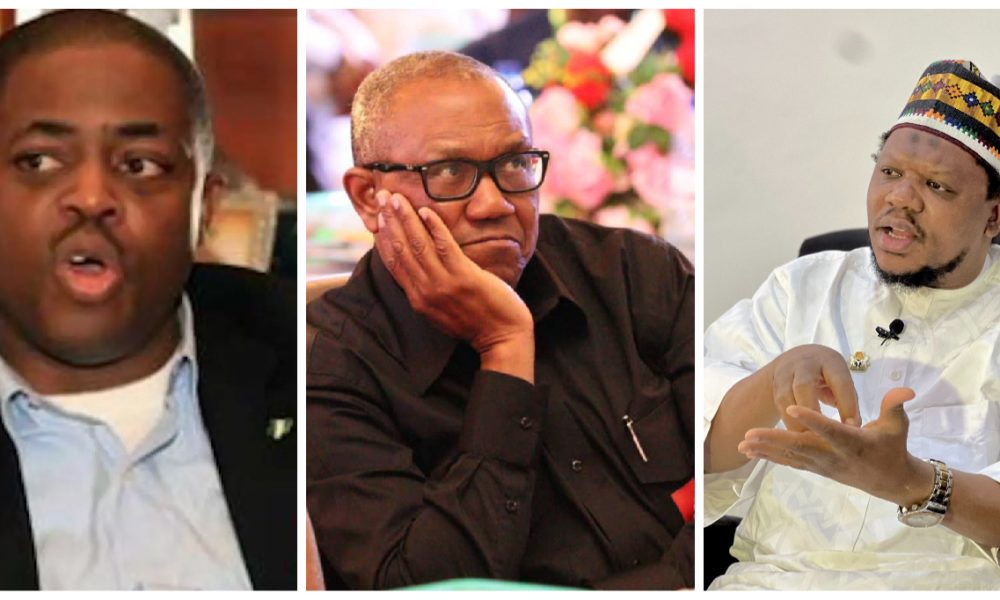 Nigeria’s former Aviation Minister, Femi Fani-Kayode (FFK) and former presidential aspirant of the Young Progressives Party (YPP), Adamu Garba, have both expressed worries over the activities of supporters of the nation’s political third force, the Labour Party, popularly known as the Obidients.

Naija News reports that the All Progressives Congress (APC) chieftains in their separate message on the microblogging platform, Twitter, on Wednesday warned that the ruling party must not underestimate the Obidients in the ongoing quest to elect the nation’s next president. FFK who is the Director of Special Media Projects and Operations and New Media, Tinubu/Shettima Presidential Campaign Council, expressed pity for the presidential candidate of the Peoples Democratic Party (PDP), Atiku Abubakar, after seeing how he was treated by the Obidients during his visit to Uyo, Akwa Ibom State capital where he kick-started his presidential rally. Naija News understands that the former Vice President was booed as Obidients sang the Obi song at the Stadium in Uyo where he flagged off his campaign. Relating to the incident, FFK tweeted: “Imagine how Atiku felt when the crowd started to sing the Obi song at their maiden rally in Uyo? Worst still 5 of their Governors and many party leaders boycotted the rally. “The PDP is clearly cursed. Atiku Ibn Dubai should simply give up now and go back to Abu Dhabi,” Fani-Kayode added.

We Shouldn’t Underestimate These Obidients

On his part, Garba cautioned the ruling APC where he belongs, to not underestimate the supporters of the former Governor of Anambra State and the LP presidential flag-bearer, Peter Obi. He gave the warning recalling a similar political era in Lesotho where a newly formed political party RFP won a presidential election in less than a year of forming the party. Relating to the event, Garba admonished APC to have a current strategic campaign if they are serious about securing victory in the forthcoming election. “A party, RFP, founded by Sam in March 2022 in Lesotho, won the Presidency as a result of young people’s votes. A similar case happened in Kenya & Zambia, all in 2022. “That is why we shouldn’t underestimate these obidients. APC must have a modern strategic campaign to secure victory”, Garba’s tweet reads.