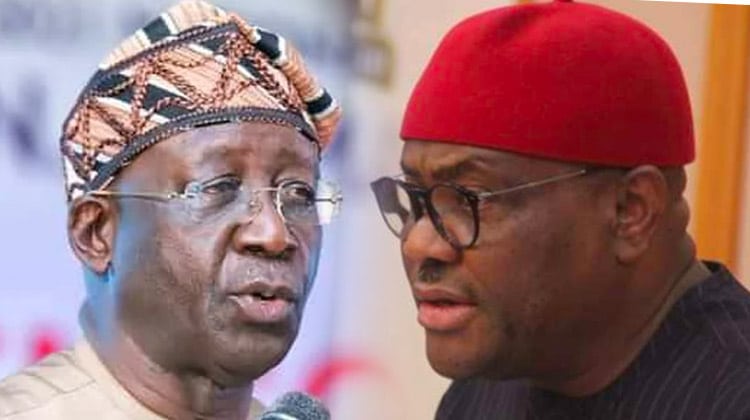 The National Chairman of the Peoples Democratic Party (PDP), Iyorchia Ayu, has denied collecting the sum of N1 billion from an unnamed politician in Lagos.

Naija News reports that Wike had in a media chat last month accused the PDP national chairman of collecting the sum of N1 billion from an unnamed politician in Lagos. He, however, threatened to reveal the identity of the person who gave Ayu the money if the PDP chairman dare to deny the allegation. In a chat with journalists on Friday, Ayu refuted the claim made by Wike that he collected any money from a politician, asking the Rivers governor to name the person. The PDP chairman also promised that the statement of the party account will be made available to party members soon. Ayu said he decided to be quiet for peace to reign in the party, adding that he will not tolerate anyone trying to malign his character and that of his family. He, however, appealed to aggrieved people to desist from bringing my family into party affairs. Ayu said: “I felt I should encourage reconciliation. But where it touches on my integrity, which even my own family members are brought into play. “I appeal to aggrieved people to desist from trying to malign my character or bringing my family into party affairs. ” I never collected 1 billion from anybody. And the 100 million that was donated by one of the governors was judiciously used for the purpose that it was given.”