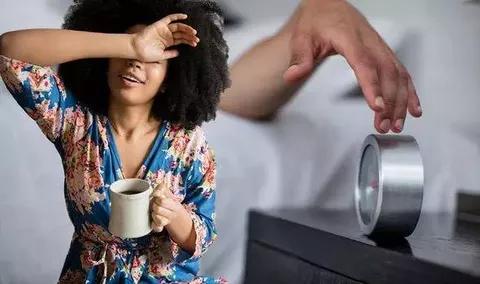 HOW TO live longer: Science offers a trustworthy guide to achieving longevity, providing evidence-based answers to life’s most important aim. Included in the treasure trove of findings is the impact waking up at a particular time has on your life expectancy.

Longevity requires a lifelong commitment to healthy lifestyle style habits – a point that seems mind-numbingly obvious in the 21st century. The banality of this statement reflects the preeminence of science and its continued insights. Science has uncovered numerous lifestyle habits that increase your life expectancy.

Some seem more obvious than others – the link to eating a healthy diet and engaging in regular exercise is well understood, for example.

What is less clear is the impact your sleeping routine has on your lifespan.

A study published in the Chronobiology International sheds some light on this area.
According to the research, morning people outlive night owls.

They followed their health for an average of six-and-a-half years, tracking cause of death with death certificates.

After controlling for age and sex, smoking, body mass index, sleep duration and other variables, they found that compared with “definite morning” types, “definite evening” types had a 10 percent increased risk of dying from any cause.

Each increase from “morningness” to “eveningness” was associated with an increased risk for disease.

Night owls were nearly twice as likely as early risers to have a psychological disorder and 30 percent more likely to have diabetes .
Their risk for respiratory disease was 23 percent higher and for gastrointestinal disease 22 percent higher.

How to live longer: Night owls were nearly twice as likely as early rises to have diabetes (Image: Getty Images)

Although the reasons for their increased mortality remain unclear, she said: “Night owls should know that there may be some health consequences.”

Tips to get to sleep
If you can’t get sleep until the early hours and subsequently wake up later in the day, there are simple ways to improve your sleeping routine.

First of all, keep regular sleeping hours – this programmes the brain and internal body clock to get used to a set routine, says the NHS.

How to sleep: Most adults need between six and nine hours of sleep every night (Image: Getty Images)

According to the health body, most adults need between six and nine hours of sleep every night.

“By working out what time you need to wake up, you can set a regular bedtime schedule,” the health site says.

It is also important to try and wake up at the same time every day.

The NHS explains: “While it may seem like a good idea to try to catch up on sleep after a bad night, doing so on a regular basis can also disrupt your sleep routine.”

One thought on “How to live longer: Wake up at this time every day to increase your life expectancy”