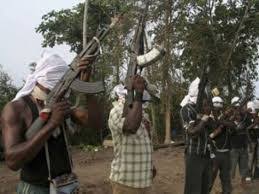 Residents of Maimatako village, Bakkos Local Government Area of Plateau State are currently leaving in agony and palpable tensions, following a fresh attack on the villagers by suspected bandits.

Although the attackers have left the community the area is still tense as residents are rattled by the incident.

The vigilantes were able to repel the attackers but they had already burnt a compound and no one knew that people were still inside the compound.

“The casualties were from that compound. The community contacted security, and they came but it was already late.”

The State Police Command through its Public Relations Officer, DSP Alfred Alabo confirmed the incident and explained, “It is true that an incident happened there, the DPO there responded with his team and were able to push back the bandits but some people sustained injuries and were taken to hospital.

“As of yesterday, about seven people with gunshot wounds were taken to the hospital, our men are still tracing the bandits so I can’t reach the DPO on phone for an update. I don’t want to give inaccurate information but once I speak with the DPO about the death of some people, I will let you know.”
(Vanguard)