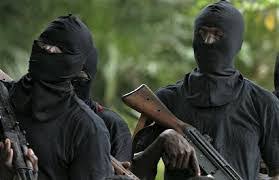 A native of the community, Mrs. Grace Nwite, told the News Agency of Nigeria (NAN) on Saturday that hoodlums invaded the community and shot sporadically.

“They came into the community and started shooting. I heard that the hoodlums came on a motorcycle,’’ White said.

“I know about the incident but I have not gotten the full details of the killings,’’ he said.
A spokesman in Ebonyi, SP Chris Anyanwu, also confirmed the killing.

“There were shootings, but there is no proof of political motivation as being peddled now.

“I will get back to you after some clarification on that aspect,’’ Anyanwu said.