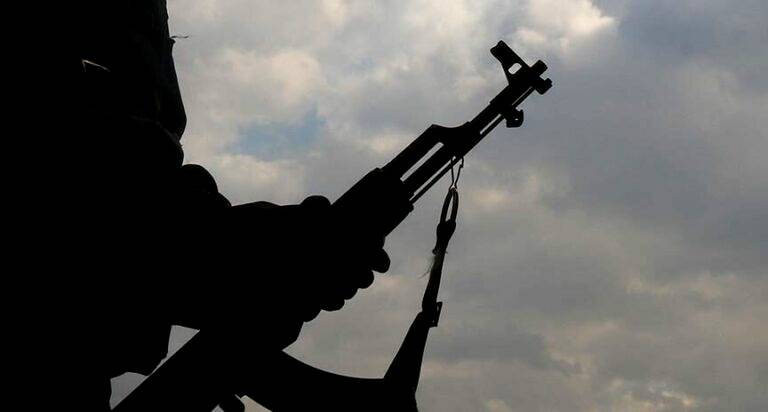 The entire Akoko communities in the Northern Senatorial District of Ondo state, are still in tension as a 66-year-old traditional ruler, the Oloso of Oso-Ajowa, Oba Clement Jimoh Olukotun, was abducted from his bedroom by six gunmen. Oso Ajowa is in Akoko North-West council area of the State.

Sources said that his abduction had to do with some disagreement between the monarch and some prominent leaders within and outside the community.

The gunmen stormed the palace at about 10:05 pm on Thursday and dragged the monarch on the floor to an unknown destination. They reportedly shot sporadically and damaged the main entrance door to the palace before entering the monarch’s bedroom.

Sources said that the sound of the gunshots caused pandemonium within the palace.

The monarch and his family members were said to have been woken up by the several gunshots fired by the bandits to break down the iron door in the palace.

A palace source said that the doors to the palace were shot at severally before the bandits gained access into the inner chambers of the monarch where he was dragged from the bed into a waiting vehicle.

According to the source, “the kidnappers shot severally and damaged the doors and walls in the palace. Thank God nobody was injured or killed. The intensity of the gunshots terrified the residents of the neighboring communities as they could not come out to rescue the monarch and his family members.

“When they came, they surrounded the building and started ordering the monarch and other occupants to open the door and surrender willingly, but nobody answered. At this point, they started shooting, destroyed the main door, and entered. They molested the Kabiyesi and his family members before dragging him out of the palace and taking him away. None of the family members had been contacted, but we knew they were kidnappers”.

It was also gathered that the personnel of the state security outfit codenamed Amotekun and the vigilante members in the community have been deployed to comb the forest to rescue the kidnapped monarch.

Meanwhile, a source close to the monarch, said, “we’ve been waiting patiently to hear from the kidnappers but they have not opened a line of communication with us. We’re very bothered about the safety of the monarch. We are not sure of his whereabouts since he was abducted on Thursday night”.

Meanwhile, no fewer than five policemen have been deployed to the palace. The wife of the monarch declined to speak with newsmen when contacted for comment.

Leaders in the community said that prayer sessions would be organized for the safe return of the monarch.

Contacted, the police spokesperson, Funmi Odunlami confirmed the abduction of the monarch adding that the police command was on top of the situation.

Odunlami said that police detectives led by the Divisional Police Officer in the area and other security personnel have been deployed to the council area.

According to her “Police detectives from the Divisional Police headquarters at Oke-Agbe, headquarters of Akoko Northwest Local Government Area of Ondo State, have been deployed in the town to launch an investigation into the incident.

The police image maker assured that the monarch would soon be rescued from his abductors unhurt.
(Vanguard)