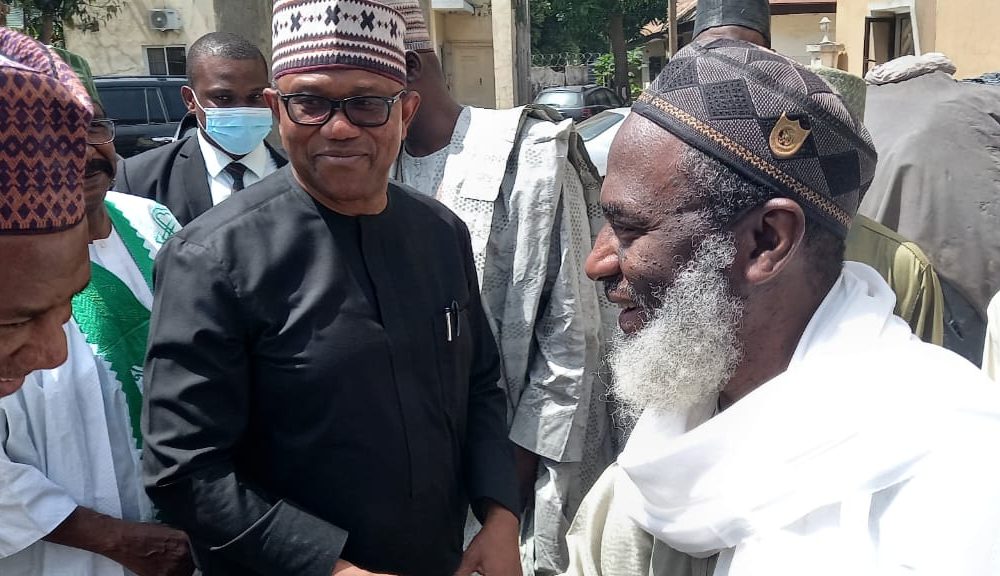 The presidential candidate of the Labour Party (LP), Peter Obi on Monday met with Islamic scholar, Ahmad Gumi at his residence in Kaduna State.

Obi had visited Gumi before proceeding to the venue of the event organised by the Arewa Consultative Forum, Northern Elders Forum and other northern groups for presidential candidates. Gumi after the meeting with the former Governor of Anambra State revealed the details of their discussion on Monday. The Islamic cleric in an interview with Daily Trust disclosed that he asked Obi a few questions even though they were meeting for the first time in their lives. Gumi while revealing the detail of their meeting said, “He (Obi) came on a courtesy call even though I was meeting him for the first time face-to-face, and so I appreciated his visit. “I asked him very essential questions, but I told him he didn’t have to give me straight answers right away since I knew he was on his way to Arewa House where he would explain it better to the larger society to understand. “I asked him about his stand on restructuring because Nigeria has been going through a restructuring from 1960 to date and how he could empower an unskilled nation.” According to Gumi, he asked the presidential candidate how he could pacify agitations from the South East, North Central, South West, and North East. He noted that he told Obi during their discussion that there are foreign interests in this country that are part of the polarisation of our politics. The Islami cleric stated that he asked Obi how is he going to tackle the issue if he emerge as president in 2023. Gumi ended by saying, “He also agreed with me that truly there is foreign interest in this country, and then I wished him well.”