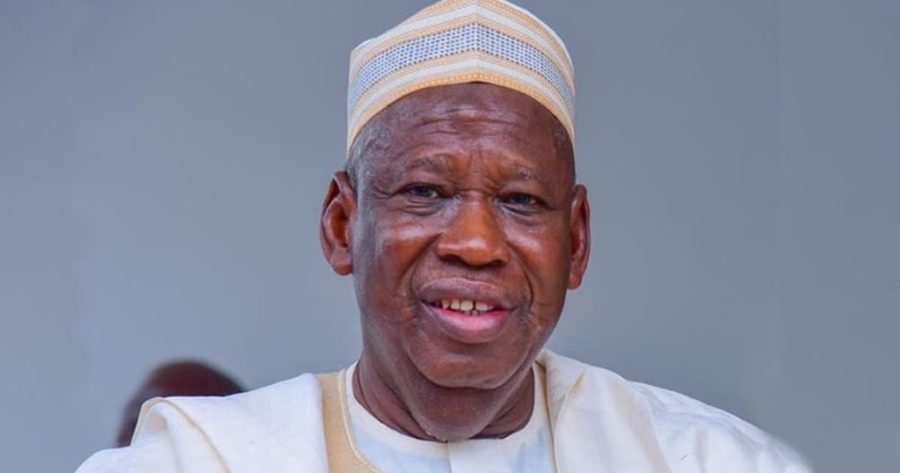 Governor Abdullahi Ganduje’s daughter, Fatima, has slammed those mocking her father following the defeat of the All Progressives Congress (APC) in Saturday’s governorship election in Edo State.

Ganduje, who was the chairman of APC’s national campaign council for the Edo governorship election, was reported to have ‘sneaked’ out of Edo even before the conclusion of the election that was won by the Peoples Democratic Party (PDP).

A popular online newspaper, not THE WHISTLER, had reported that Governor Ganduje had jetted out of Benin on Saturday afternoon when he realized that the APC was going to lose the election.

The Kano State governor’s name was among top Twitter trends on Saturday, as some Nigerians mocked him and APC’s national leader, Asiwaju Bola Ahmed Tinubu, for failing to help the state win the election.

But responding in a series of tweets, Fatima slammed her father’s critics, saying he’s one of the few governors implementing developmental projects in the country.

“The truth is, as Nigerians we should only consider work on ground. No one should say shit about Ganduje unless you have done equal or more work. Simple. He is not from Edo and kano as a state is above many.

“I am from Kano state and Oyo state and no matter what you say or think of Ganduje, he is one of the few elected officers who are actually implementing projects. Don’t argue with me, don’t waste your data, just go to KANO STATE and see for yourself,” she said.

Meanwhile, the Independent National Electoral Commission (INEC) had on Sunday declared incumbent governor, Godwin Obaseki, as the winner of the Edo election.

Ize-Iyamu was the favoured candidate of the former national chairman of the APC, Adams Oshiomhole, who had also served two terms as governor of the state.