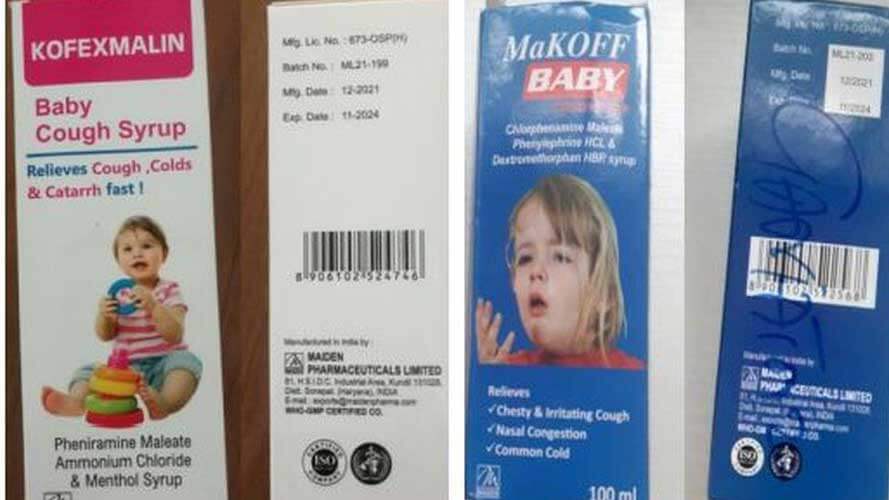 The Federal Competition and Consumer Protection Commission (FCCPC) has warned Nigerians against the consumption of four sub-standard cough syrups.

The Commission on Thursday in a statement issued by the Executive Vice Chairman of FCCPC in Abuja, Babatunde Irukera said it will work with relevant authorities to prevent the entry or sale of substandard cough syrups in the country’s market.

He also advised stakeholders to comply strictly with the National Agency for Food and Drug Administration and Control (NAFDAC) protocols identified in the agency’s Regulations and Guidelines, adding that the agency had issued a warning to importers, distributors, retailers, and consumers to refrain from the importation, distribution, sale and use of four cough syrups.

He added that the cough syrups were made by Maiden Pharmaceuticals and manufactured in India.

According to him, the products include:

The statement reads “In strengthening and further propagating the alert and warning by NAFDAC, the FCCPC hereby and now issues this advisory.

“In particular, advising any relevant stakeholder to comply strictly with NAFDAC protocols identified in NAFDAC’s release or Regulations and Guidelines.

“NAFDAC’s warning is consistent with a global medical product alert issued by the World Health Organisation on Oct. 5, which linked the death of sixty-six children in The Gambia to the said cough syrups. “Reports indicate that the medications were exclusively delivered to The Gambia.

“The existence of informal and uncontrolled marketplaces, mutual regional trade liberalisation policies, including under Treaty obligations make it conceivable, and certainly not improbable that exposure in Nigeria could occur.”

Irukera urged Nigerians who preferred contacting the Commission on the matter to forward same to contact@fccpc.gov.ng for onward transmission to NAFDAC.