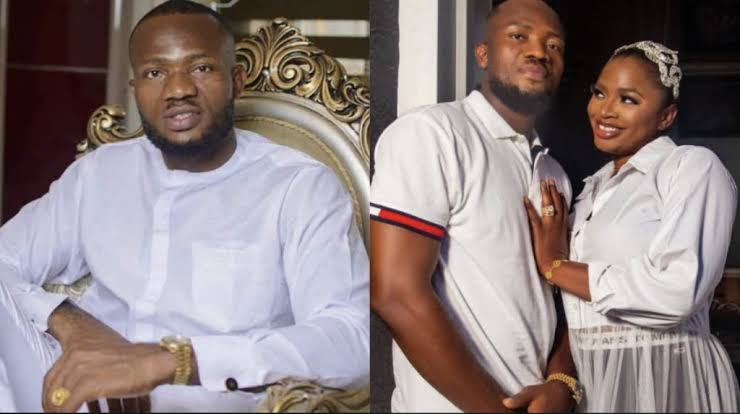 The family of Bimbo Ogbonna, the wife to popular Lagos businessman, Ikechukwu Ogbonna, also known as IVD, has appealed to Nigerians to join them in demanding for justice, following the circumstances that led to her tragic death.

Naija News reports that Bimbo’s death was announced by her sister in an Instagram post on Saturday, October 15, 2022.

The couple made headlines earlier this week when Bimbo and her husband got into a scuffle and she reportedly set herself which led to her unfortunate on Saturday morning.

Bimbo’s death has sparked outrage amongst Nigerians who condemned outrightly the domestic violence she reportedly endured while she was alive. Speaking about her death, Bimbo’s family in a press release on Monday noted that Abimbola passed away following the fatal burns she sustained in the fire incident at her Lagos home. They also appreciated the comments of thousands Nigerians who expressed concern over the incident, whilst pleading they join them to demand justice for their daughter who, according to them, was committed to the marriage until death. They added that Ikenna Ogbonna is currently on the run to evade justice, appealing to the general public to put their family in prayers. The statement partly reads: “Abimbola Martins passed away after suffering fatal burns in a fire incident at her Lagos home. It has been a heartbreaking period for her parents, siblings and particularly, her children. It is a tragedy that nobody should go through, especially in the painful manner her life was cut short and at the hands of a husband she dedicated her life to. “We are appreciative of the comments of millions of Nigerian who have expressed thoughts and prayers, as well as anger that a beautiful life was brought to an end through well domestic violence. Several times during the course of their marriage, we intervened in a bid to rescue her from a terrible situation that ultimately has now taken her life. AAbimbola was a loving and committed wife and mother who put the desire that her children were raised by two parent before her own peace of mind happiness and well-being. “The perpetrator of this dastardly act, her husband of 16 years, Ikenna Darryl Ogbonna, an auto dealer widely known as IVD, is currently on the run, hoping to evade justice. We know that it won’t be forever. “We want to appeal to members of the public to join us in demanding that justice is done. We are currently working with law enforcement to ensure that Ogbonna is found and made to answer for his crime.”