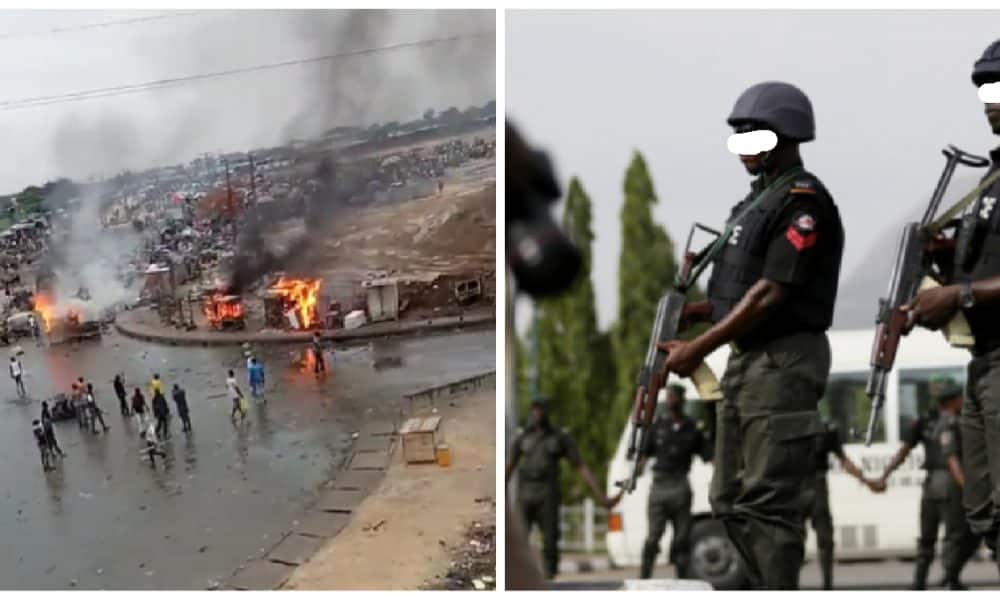 An #EndSARS protester, Sodiq Sulaimon, who was recently freed from the Kirikiri Correctional Centre, has narrated how unhealthy foods from the prison landed him in hospital after his release.

Naija News learnt that Sulaimon, who had just regained his freedom after two years of the incident, said he has been on hospital admission for about seven days now after his release on the 5th of October this year. In a Punch report, Sulaimon, who spoke from Kwara state, said doctors at the hospital have said there was a need for his body system to be flushed out.

He, however, attributed part of his ill health to the unhealthy food he was fed at the correctional centre. The #EndSARS protester was arrested two years ago and prosecuted for charges arising as a result of his participation in the October 2020 nationwide protest against police brutality, especially against activities of the defunct Special Anti-Robbery Squad(SARS.) Fortunately for him, his case was struck out of court and he was subsequently released on October 5, with another protester identified as Ismail Muftau. When asked about his ordeal at the prison and how he was arrested and detained for two years, he was reported to have only said “everything is in God’s hands.” Meanwhile, Naija News understands that even after two years of the incident, some of the protesters from the massive #EndSARS youth protest were still in detention at Lagos and Oyo prisons. Also, reports available indicate that about nine of these protesters are being prosecuted for alleged murder, and stealing of police rifles, among other charges in Oyo state. Plans are however underway by some civil society organisations and groups to mark a two-year memorial for October 20, especially about the shooting at Lekki Tollgate by the Nigerian military, where fatalities had been recorded.