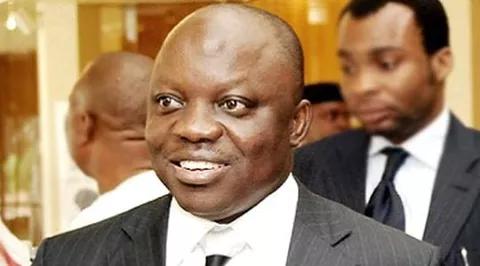 It has just been reported in the news that Emmanuel Uduaghan, former governor of Delta State has returned to the People’s Democratic Party. Recall that during the run-up to the 2015 general elections, he defected to the All Progressives Congress where he contested for the Senatorial seat in the state but lost.

But like the prodigal son, he is back today. He becomes the latest addition to the league of defectors just this year alone. We have seen politicians like Godwin Obaseki, the Edo state governor; Ajayi Agboola, Deputy Governor of Ondo; Yakubu Dogara, for Speaker of House of Representatives all defect from one party to the other.

It is safe to say that in the coming months and years before 2023, more defections will take place. Uduaghan is just the latest person to do this. In Nigerian politics, our politicians have no shame. It’s not about service to the people neither is it about stewardship.

It’s all about power to them. It’s about political machinations. It’s all about switching parties to pursue their chances of winning elections. They can switch parties as many times as possible in the course of their career without shame.

We’ve seen people like Atiku Abubakar switch parties back and forth. It’s not that much of a big deal to them. Uduaghan represents this greed. He represents the desire of Nigerian politicians to always stay relevant in politics. There is no doubt that his coming back to the PDP is against 2023.

It is sad to see how the people of Delta were trooping after him. There is a video showing multitudes of people thronging after him when he was officially received by the PDP today. In his words, “it feels good to be home”.