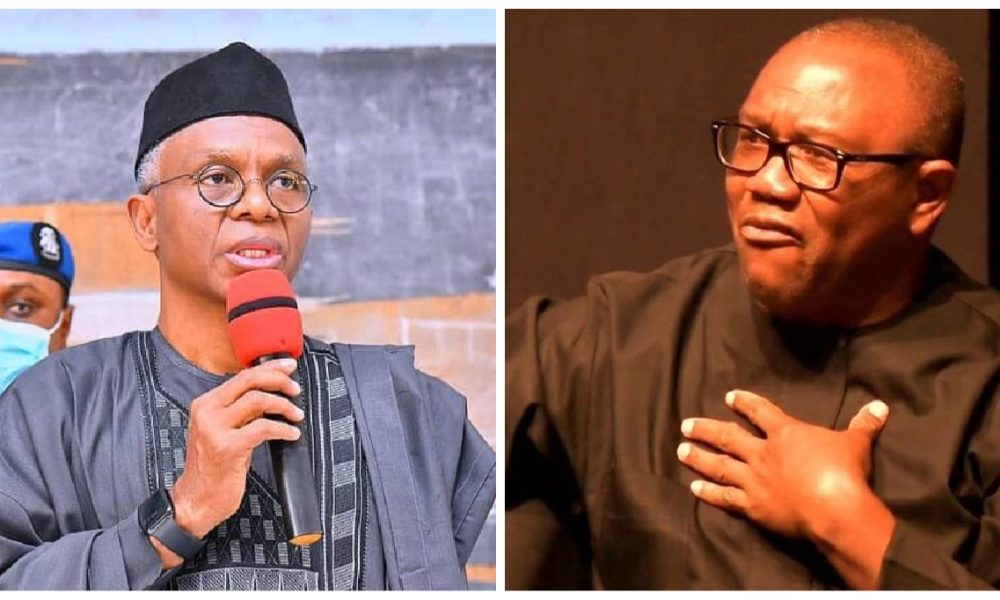 Governor of Kaduna State, Nasir El-Rufai on Monday recalled how he was arrested and detained in Anambra State in 2013 allegedly by Peter Obi who was the then Governor of the state.

According to El-Rufai, he was in the Southeast state in 2013 as an official of the All Progressives Congress (APC) to witness the bye-election for governorship, only to be harassed by security officials on the order of the State Governor. The APC chieftain said now he is a sitting Governor in Kaduna State and Obi who is now the presidential candidate of the Labour Party (LP), is coming to the state for his consultations ahead of the 2023 elections. El-Rufai noted that he has all the mechanisms to arrest and detain anyone if he wished, but that he is civilized and would not do such. Naija News reports that El-Rufai said this while addressing party stakeholders during an Arewa joint committee meeting which had the presidential candidate of the APC, Bola Tinubu and his running mate, Kashim Shettima in attendance. El-Rufai’s statement reads: “In 2013 I went to Anambra State as an official of the APC to witness the bye-election for the governorship. “Your next guess, Peter Obi was the governor. He got me arrested and detained for 48hours in my hotel room. “Now I am the Governor of Kaduna State, and he is coming to Kaduna. In addition to the police and the SSS, I have one mechanized division, Nigerian Army here. “If I need to arrest and detain anyone but we are northerners, we are civilized. “We don’t do things like that. I wish you all a safe journey to your destination. God bless you,” the Kaduna State Governor said. Watch El-Rufai below in the programme covered by TVC.

#EndSARS: I Hold No Grudges Against Peter Obi And Labour Party – Ex-Army Spokesman, Enenche Speaks After His Removal From PAC List

Former Army spokesperson, Major General John Enenche (Rtd.) said on Monday that he holds no grudges with Labour Party’s Peter Obi after his name was removed from the Presidential Advisory Council (PAC) list of the party. Naija News recalls there was outrage from Nigerians when Eneche’s name earlier appeared on the list. Their reservations were due to Enenche’s statement after the murder of harmless Nigerians protesting police brutality at the Lekki toll gate in 2020. Reacting to his removal from the PAC’s list during an interview on Arise TV, the former Army Spokesperson said he was unperturbed by the development. He insisted that the call for his removal was due to inadequate information on the #EndSARS protest. He argued that there was a need for “strategic information” to younger Nigerians on the October 11, 2020, alleged killing of unarmed protesters at the Lekki Toll Gate. Enenche said, “I look forward to a Nigeria that the economy will be good, a Nigeria that I only will not sit down and be getting phone calls for support, one that children can be empowered, one that there is hope, one also that the upcoming generation will know that you don’t need to know somebody to know somebody before you can go forward. “A Nigeria that you know that if you want to go out for anything, it is on merit. A Nigeria that you know that things will be done properly and not because of where you come from; a Nigeria where there’s equitable distribution of resources, a Nigeria where children will begin to look at that you have to labour before you get and not one where there is corruption.” While lamenting that corruption has since become a norm in Nigeria, the retired Major General said he was convinced to remain in the party and support its presidential and vice presidential candidates for the 2023 general elections.