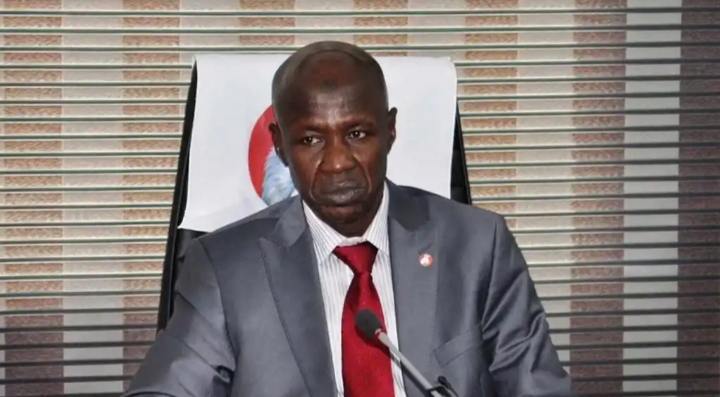 The former acting chairman of the Economic and Financial Crimes Commission (EFCC), Ibrahim Magu who was suspended from his post and arrested by the Presidential panal led by Justice Ayo Salami for questioning over his allergy crime of Corruption, embezzlement, Fraud and misconduct. Magu was arrested on the 6th of July for questioning and was released yesterday after 10 days in detention.

Ibrahim Magu who speaks with the news men after he was released yesterday that all the allegations counted against was a total nonsense.

He said that all these allegations was made just to ternish his image and his name. I was shock when I read all the allegations counted against me and of them are all nonsense, I never use the did not steal, divert or convert any money for my personal self. I know that they just want to ternish my image in front of Nigeria’s

I also want to thank Nigeria’s for their support they show to me when I was in detention and I making a promise to them whether I am the Chairman or not we will continue with the anti-corruption war. This war against corruption in our country will never stop.