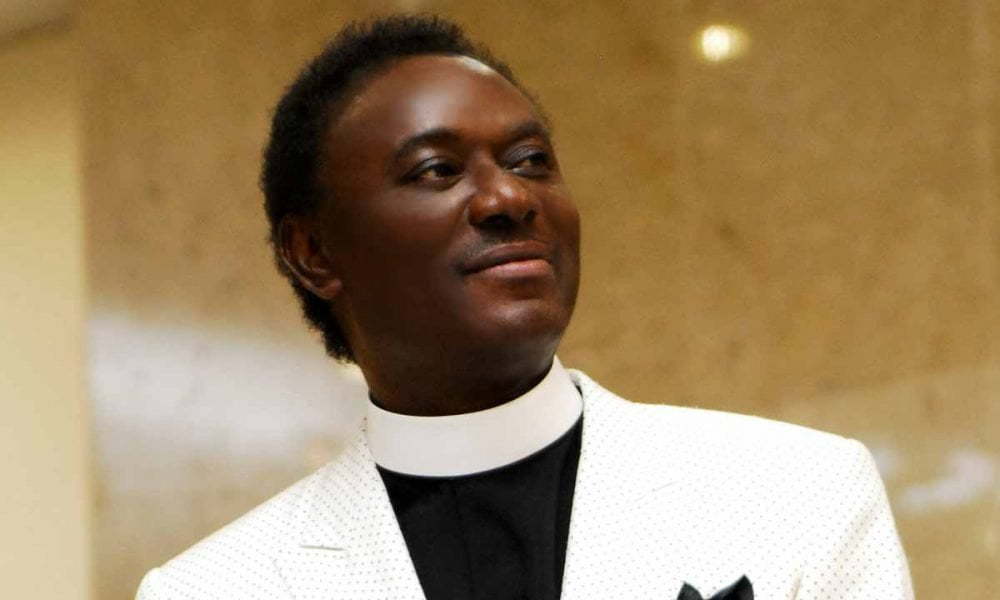 The Founder of Household of God Church, Rev Chris Okotie, has warned Nigerians not to jubilate over the suspension of the eight months old strike by the Academic Staff Union of Universities (ASUU), instead a lasting solution to the frequent strike should be sought.

The is against the backdrop that the academic union had earlier on Friday, called off the eight months old strike conditionally after their overnight meeting saying that their needs have not been fully met. According to him, even though he was glad about the suspension of the strike action, he didn’t envisage any lasting solution to the incessant labour disputes, adding that professional unions should be given legislative responsibilities as contained in his interim government proposition. Naija News reports that the former Presidential aspirant in a statement by his Media Adviser, Ladi Ayodeji said, until professional bodies by virtue of their competence begin to make laws that govern their area of specialisation, there won’t be an end to the issues of strike action. Okotie explained that, it will mean ASUU making laws for the education sector, and other associations like the medical does same with the health sector, only then can economic stability be achieved. “Labour unrest will persist like other perennial crises in the polity unless Aboriginal Democracy is put in place,” he said. He furthered that “the challenges we have now is that a group of politicians congregate as legislature to be making laws in specialised areas they know little about. That’s the truth behind labour disputes in the country.” Okotie noted that in the midst of what seems to look like peace at last in the country’s educational sector, Nigerians shouldn’t be surprised that ASUU will still start another round of strike  very soon, just like other associations like the doctors, in the Nigerian Labour Congress. “The musical chairs of strikes and negotiations would continue to destabilise our economy until Aboriginal Democracy is accepted as the new political order in Nigeria,” he added.