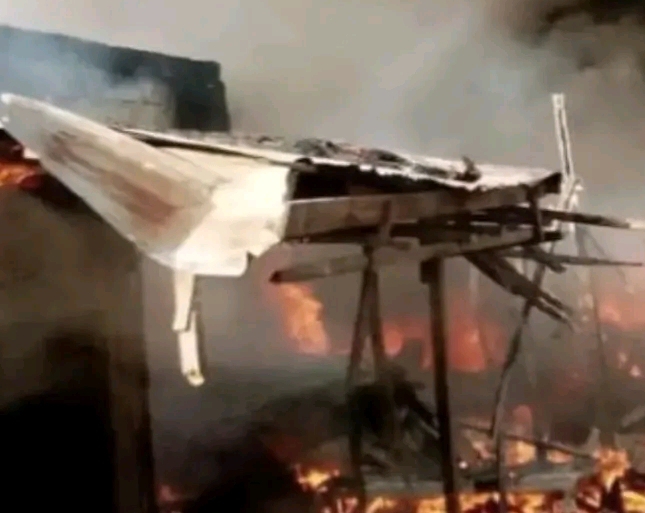 Marketers as well as shop owners are currently counting their losses to a fire incident that razed properties worth millions of naira at a popular Spare Parts Market, in Ibadan, Oyo State.

The incident occurred in the early hours of Saturday, January 14.

According to an eyewitness, about 45 shops were affected by the fire incident at the spare parts market, which is one of the major markets in Ibadan.

The fire started at about 2:00 am and the state fire service succeeded in quenching it around 5 a.m.

He said: “Our men are at Araromi Market Agodi Gate since 2:30 a.m. where they are putting off the fire caused by indiscriminate refuse burning.

“The fire was suppressed at 5:00 a.m. Cooling down operation is ongoing to suppress re-ignition. On my way for an on-the-spot assessment.

“I cannot say specifically the number of shops now, you know it is an emergency. It started at night. About 45 shops.”
(LIB).