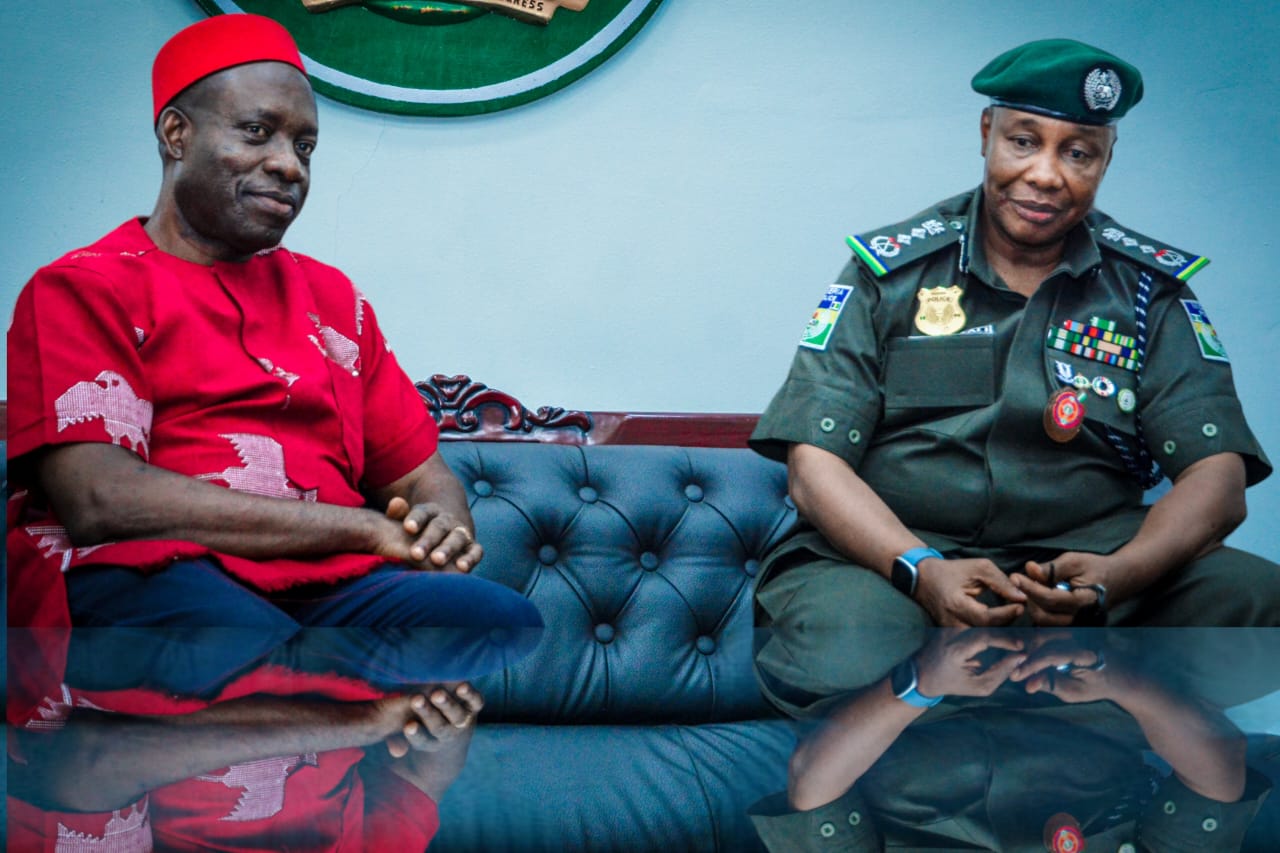 Governor of Anambra State, Professor Chukwuma Charles Soludo has solicited increased support for the Nigerian Police to confront its dearth of resources challenge.

Governor Soludo stated this when the Inspector General of Police, Baba Alkali Usman, paid him a courtesy visit at the Governor’s Lodge, Amawbia.

Governor Soludo who particularly appreciated the Nigerian Police for their roles despite all the chin spites praised the Police in Anambra saying that they have been top-notch in terms of their responsibilities, together with the other security agencies in the State

His words: “You are welcome to Anambra. I want to use this opportunity to appreciate you and the NPF and security agencies in Nigeria for the great job you have been doing under very difficult circumstances.

“I know a little bit of the challenges of NPF in Nigeria. In my position as CBN Governor, I had the privilege to sit in some meetings, where people variously continued to criticize the police. On one of such occasions, I asked an occasional question, “the police should work with what resources?”

“Can the federal government provide the resources? Do we evade the question? but somehow, one day, we will confront it. We need about four times the police and that involves money.

“When we came, about eight (8) local government areas were under siege, but with the efforts of security agencies, we have been able to degrade it to reasonable levels.

” It was like a war situation. Criminals were in major camps; variously indulged in shootouts. We are being faced with shootouts with organized criminals.

They are being degraded. But there is still so much work to be done”, Governor Soludo stated.

“What is going in the South East is nothing but plain criminality. It’s lucrative for them, anybody telling you anything otherwise is just a smokescreen.

The Governor applauded the efforts of the IGP since he assumed the role.

“I think since you came as IGP, the honour you already have from the President is well deserved as a mark of distinction.

“I see you as focused, conscientious s, the knowledge-durable, ardent person who is desirous to get the problem solved”, the Governor maintained.

“When any police officer is killed, my heart bleeds. We appreciate what you have been doing so far”, Governor Soludo concluded

The Inspector General of Police, Baba Alkali Usman, congratulated Professor Soludo on his emergence as Governor of the state.

“We’ve been making efforts to add value to improve the welfare of our officers.

“I’m here to commission some structures by the Nigerian police, the IGP said.

The IGP assured of supporting the Governor’s programs and mission programs in Anambra.