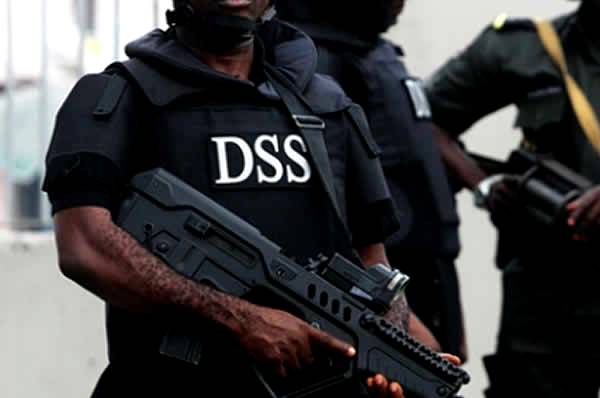 The law they say does not respect anyone regardless of the position or roles one performs in society, which is to affirm that no one is above the law especially when human rights are not unconnected.

The above assertion draws credence on the prevailing circumstances surrounding the said arrest of an official of the Department of State Service by the Police in Umuahia.

According to reports, an official of the Department of State Services, DSS, has been arrested by the Police in Umuahia, for allegedly inflicting machete cuts on the Director General of the Abia State Peoples Democratic Party, PDP, governorship campaign organization, Hon. Chinedum Elechi.

The incident was said to have occurred at about 3 pm on Sunday when the campaign DG attempted to navigate his way on the busy road.

As Elechi moved to park his car by the roadside to ascertain the level of damage done, the DSS official was said to have blocked him at the junction linking Azikiwe road by BCA road and attacked him with a machete.

Eyewitnesses told Vanguard that the DSS official jumped out of his car and inflicted deep cuts on the head of the campaign DG. The security official also landed another deep cut on Elechi’s hand as he was covered with blood from the first attack.

There was tension in the area as road users who witnessed the incident was said to have moved to attack the DSS official, but he was saved by a patrol team of the Abia State Police Command who stormed the area.

“What happened was that the Azikiwe road is usually busy. There was confusion and everybody was trying to drive through the area. The campaign Director was also trying to drive out of the heavy traffic. He scratched a red Toyota Sienna car. I think he wanted to park his vehicle and see the level of damage done to the Sienna car, but the owner was impatient, he blocked the Campaign DG’s car and came out brandishing a machete which he used to inflict a cut on the head of the campaign DG.

“He gave him another cut on the hand when the man was still covered with blood from the cut on his head. That, when somebody who recognized the campaign DG moved to attack the man whom we didn’t know, was a DSS official and would have lynched him but he was saved by the police,” the eyewitnesses said.

The DSS official was arrested and taken to the police station while the campaign DG is currently receiving treatment at an undisclosed hospital in Umuahia.

Police Public Relations Officer, Aba State Command, SP Geoffrey Ogbonna was yet to respond to calls and text messages, sent to his phone. However, a senior police officer who preferred anonymity confirmed the incident and stated that the DSS is currently in the police net.

Ikpeazu, in a statement by his Chief Press Secretary, Sir Onyebuchi Ememanka, saluted the courage of the members of the public and men of the Nigeria Police who assisted to overpower the assailant and recovered the instrument of attack.

“The Governor hereby demands a thorough investigation into this inexplicable display of murderous barbarism and charges the Commissioner of Police to ensure that the assailant is made to face the full weight of the law.

“Governor Ikpeazu is grateful to God for sparing the life of Hon Elechi and wishes him a safe recovery.”