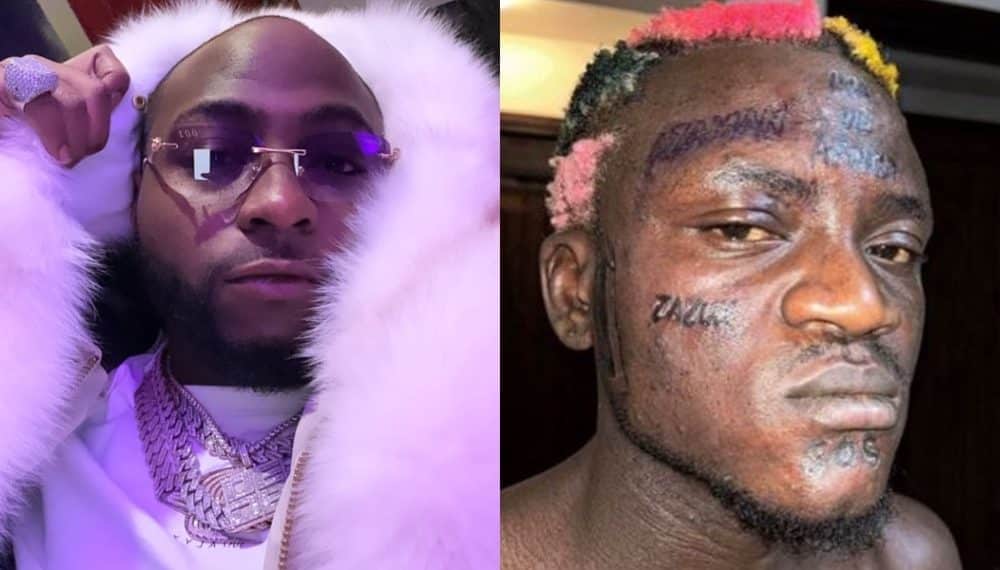 Naija News recalls that the Zazuu crooner had caused quite a stir online after sharing a video of himself getting new drawings on his body in Cyprus. The singer had inked ‘Zazu’, ‘Ika of Africa’, ‘Azaman’, and other drawings on his face. The tattoos did not sit well with some Nigerians who argued that the singer was making himself look scarier and unpresentable. Others, however praised Zazoo for doing whatever he pleases despite others aversions. Reacting to the tattoos, Davido shared a picture of the singer and praised him for showing off his tats. He wrote, “Zazu show ur tattoo…Bruh don’t give AF KALA”

Nollywood actress, Rita Daniels has brought her young nursing daughter and billionaire’s wife, Regina Nwoko to tears on her birthday. Naija News reports that Regina Daniels, celebrated her birthday on October 10th, flaunting her curves on Instgram. Her mother, in a bid to surprise her on her special day, gifted the mother of two with a huge money cake filled with dollars, which led the actress to break down in tears. In the videos sighted on social media, the actress could not hide her emotions after she was surprised with the huge gift on her birthday.