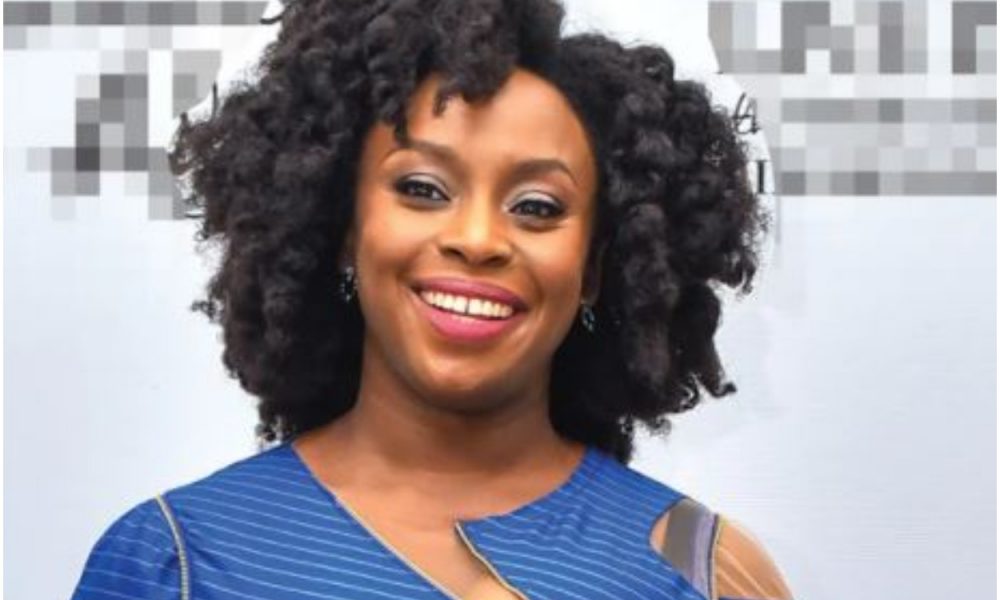 Award-winning Nigerian novelist and author, Chimamanda Ngozi Adichie has spoken about her absence at the conferment of national honours by President Muhammadu Buhari on Tuesday.

Naija News had earlier reported that President Buhari on Tuesday conferred some Nigerian citizens and foreigners with national honours. The event was held at the International Conference Centre (ICC) in Abuja. Chimamanda who was recently decorated with Harvard University’s iconic W.E.B. Du Bois Medal was absent at the event. A member of Chimamanda’s communications team, Omawumi Ogbe,while speaking on the reason for her absence in a chat with The Guardian, said the author declined the honour. Ogbe said Chimamanda privately communicated her non-acceptance of the national honour to the federal government because she does not want to create publicity out of it. She said, “Following the recent conferment of national awards by the President, there have been conflicting reports about one of the announced recipients, Chimamanda Ngozi Adichie. Some social media users say the award-winning writer rejected the award, while others say she accepted it. “The author did not accept the award and, as such, did not attend the ceremony. She, however, did not want to create undue publicity around it, so her non-acceptance was conveyed privately.”