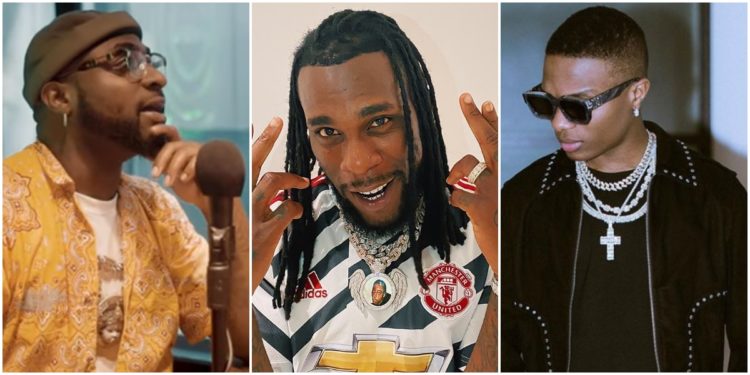 Afro beat singer, Damini Ogulu popularly known as Burna Boy has said that he is an uncle to his colleague Davido.

Naija News recalls that  Wizkid recently lost his cool and reminded naysayers of the amount of wealth he has acquired in his career. Speaking via his official Snapchat account on Sunday, 30th October 2022, he argued that his success and wealth remain untouchable. The artiste who is also called BigWiz argued that he can decide to retire from music today and still maintain his wealthy status. The singer maintained that going forward, he should be addressed as sir or daddy before the subject of the post tries mentioning his name. He wrote, “Moving forward, y’all address me as sir or daddy before mentioning my name! Ok babies!” Reacting to Wizkid’s declaration, Burna agreed that indeed Wizkid is the father to all Nigerian artiste. However, he boldly stated that he is an uncle to Davido. He wrote: “Normally Wizkid na every Naija artiste popsy for sure. But I be uncle to Davido for this music thing!!!! Yes, I said!!!”