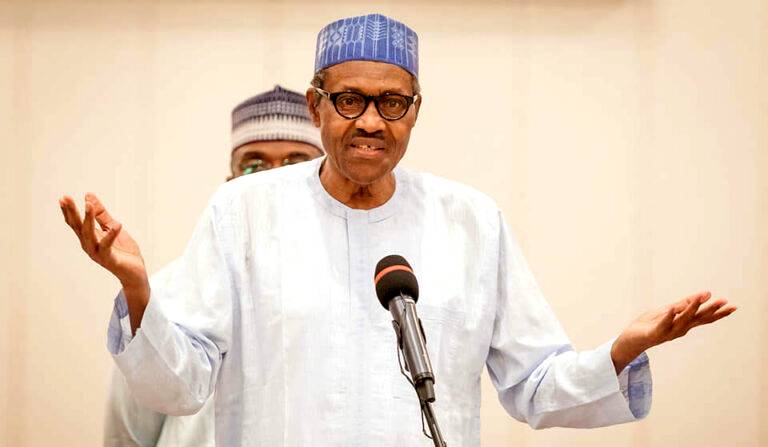 Nigerians in the diaspora have continued to react to the administrative record of President Muhammadu Buhari, following his recent submissions that Nigeria’s size and population are contributory factors in many challenges facing the country, but in many areas, his administration is trying.

The Nigerian leader equally said youths are Nigeria’s promise for a better future and solving their problems is the priority of his government.

Malam Garba Shehu, the president’s spokesman in a statement on Tuesday said the Nigerian leader stated this while welcoming the Secretary General of the Abu Dhabi Forum, Sheikh Al-Mahfoudh Bin Bayyah, and his deputy, Pastor Bob Roberts of the US who visited him in Washington, USA.

Buhari noted that the work of the foundation in promoting multi-faith dialogue was as important to the world as it was to Nigeria.

The president also spoke about the need to raise generations of youths devoid of religious extremism and bigotry, urging the group to continue to target the young people who are the promise of the future.

He said: “Your work is very important in helping, especially the youth to understand one another and at the same time, to be proud of their heritage.

”This great initiative by you will help future generations to plan well and live together in peace.

”On our part, we will continue to solve our problems, especially as they relate to the youths.

”We are big in size and population, facing many challenges, but in many areas, we are trying. In seven-and-a-half years, I have done my best,” said the president.

The secretary-general said they had come to inform the president and to invite him to attend the conferment upon him, the Abu Dhabi Foundation’s award in recognition of his outstanding achievements in promoting peace and security.

He said the conferment was in line with the foundation’s work in fighting religious extremism, promoting peaceful coexistence and dialogue amongst all religions.