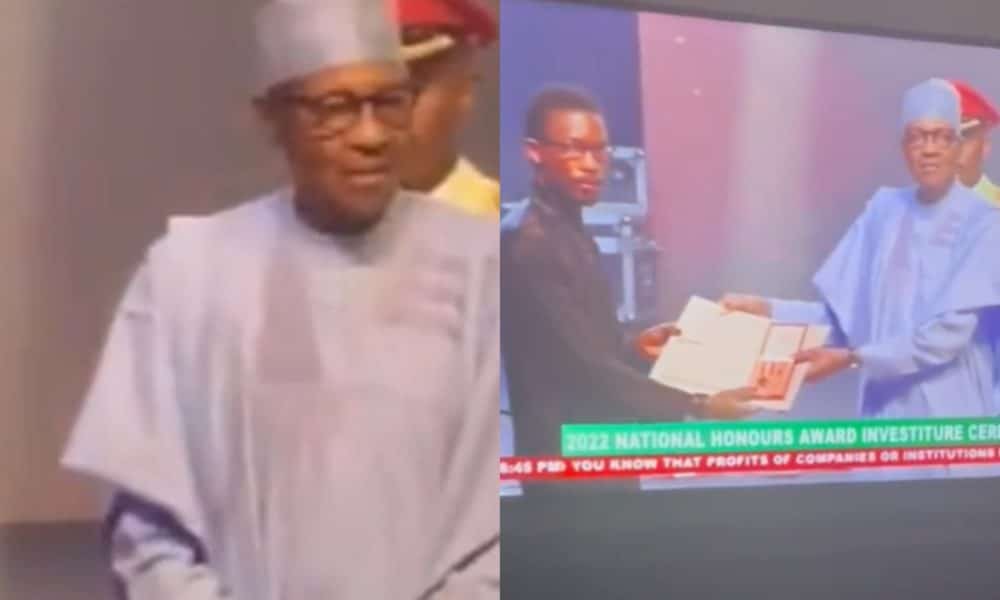 Amongst the list of nominees for the national honours is,  Ezra Olubi, who stunned the president after appearing at the podium donning a black attire, with painted nails and lipstick.

Buhari who could not hide his amazement, stared at Ezra, after handling over his award to him.

Buhari’s expression has sparked reactions from Nigerians who found his reaction to the appearance of co- founder Paystack hilarious.

However, this is not the first time Ezra dressing and looks have sparked a reaction.

For most of his photos, Ezra always uses lipstick, rocking long dreads and painting his nails black.

Ezra, who came out with make up for the first in December 2013, in an exclusive interview told the  New York Times that he attends most of his meetings with investor in San Francisco and Lagos with tousled dreads, long nails with bright colors and lipstick.

Ezra, also noted that, the now disbanded Special Anti Robbery Squad (SARS) has countlessly harassed him due to his painted nails and makeup on the streets of Lagos.