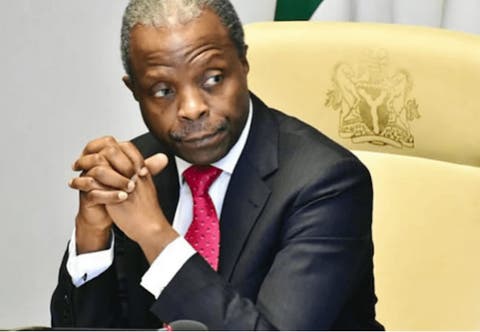 The socio-political groups such as Ohanaeze Ndigbo, Afenifere and the Pan Niger Delta Forum, on Monday, said Vice-President Yemi Osinbajo’s warning that cracks in the country could lead to its breakup should not be taken for granted.

Ohanaeze Ndigbo, Afenifere and PANDEF, in separate interviews with The PUNCH, supported the Vice-President, saying Nigerians could not continue to live in denial.

But the northern socio-political group, the Arewa Consultative Forum,  admitted that there were unhealthy cracks in Nigeria. It, however, said the Vice-President should not make statements that would worsen tension in the country.

Osinbajo, who was represented by the Secretary to the  Government of the Federation, Mr Boss Mustapha, at an  interdenominational church service in Abuja on Sunday to mark Nigeria’s 60th independence anniversary, said, “Our walls are not yet broken, but there are obvious cracks that could lead to a break, if not properly addressed.”  At the service, the SGF read Osinbajo’s speech.

In its reaction, the apex Igbo socio-cultural organisation, Ohanaeze Ndigbo, agreed with the Vice President that cracks in Nigeria could lead to its breakup.

The National Publicity Secretary and acting Secretary General of Ohanaeze, Prince Uche Achi-Okpaga, who spoke to one of our correspondents,  said the Vice President’s concerns weren’t different from what other Nigerians had been saying.

Achi-Okpaga said government was not making efforts to address the problems, adding that prayers were not enough.

Although he described Osibanjo as a man of unimpeachable character, who knows where the problems of Nigeria lie, he noted that it was not enough to ask Nigerians to pray.

“Look at security;  how Fulani herdsmen are ravaging communities and agricultural lands; killing Nigerians every day. The government is aware of this and no effort is being made to stem it.”

On the Vice-President’s call on Nigerians to pray, Ohanaeze spokesman said it was apt but noted that there should be a balance of prayers and actions.

We can’t continue to live in denial – Afenifere

On his part, the Afenifere National Publicity Secretary, Yinka Odumakin,  in an interview with The PUNCH, said, “This is a perceptive observation and bold declaration by the Vice-President. It is an honest admission better than playing the ostrich. When you admit the problems you can begin to find solutions to them. But when you live in denial, you won’t find solutions to your problems. We hope his admission will

Also, PANDEF  said that what Nigeria needed was restructuring, justice and peaceful coexistence to bring about progress and development.

Spokesman for the group, Ken Robinson,   during a telephone interview with one of our correspondents on Monday, said the Vice President was right that there were cracks in the country.

He stated, “PANDEF feels that the Vice-President is partly right that there are cracks, there are disaffections. Nigeria is in a precarious state.

“There are the IPOB, the Igbo youths and there is general disaffection in the country, with the nepotistic attitude and disposition of the Muhammadu Buhari administration.

“So, VP Osinbajo, who is a Senior Advocate of Nigeria,  is right that there are cracks, But the answer is not prayer. We talk too much about prayers in Nigeria, when we know what to do.

“The constitution as it is today makes the President the God of Nigeria. This is not right. He can wake up one morning and do whatever he likes and it stands.”

Porgu, in an interview with The PUNCH in Jos, noted that the British Colonial masters brought different nationalities together without recourse to their individual differences.

Porgu said “I think the Vice President said the right thing because we have been talking about the issues bedevilling  the country including insecurity ,bad governance, the structure of government which needs to be restructured among others. Unless these issues are addressed and urgently too, such that all the components that make up the country are happy with coexistence, things can fall apart.”