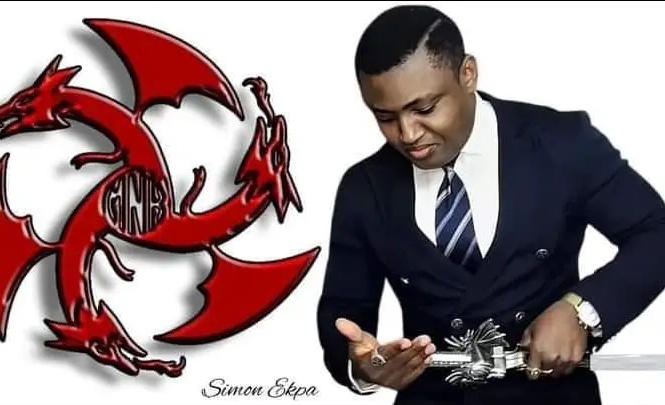 Following the palpable tensions and unrest in the Southeastern part of Nigeria, over a five-day sit-at-home order by a Finland-based secessionist allegedly working under the umbrella of theIndigeneous People Of Biafra, IPOB, Mazi Simon Ekpa has been fingered to be behind the security situation.

Amidst the growing tension, Simon Ekpa’s official social media accounts, including Facebook, Twitter among others have reportedly been suspended.

It could be recalled that a group of idealists popularly known as Ãnonymous in a statement Saturday, 13th August 2022, affirmed that the time will soon be up for Mazi Ekpa to be deported to Nigeria by the Finland government.

According to Ãnonymous, Mazi Ekpa has over time, been compromised by his roles in terrorism, unrest and indiscriminate killings in the South Eastern part of Nigeria.

Consequently, the group has recalled the moment and the circumstances surrounding Mazi Ekpa’s agreement with the agendists.

Thus, in a piece titled; The Day Ekpa Sold His Soul, below was revealed;
“Mr Simon Ekpa had as of Thursday (3rd February 2022) accepted a bribe of $2.7m from the ‘agendists’. Having paid $1m to Ekpa, $1.7m shall be paid in instalments.

He however pleaded to continue his broadcast as a guise as the people would suspect activities with the agendists if he stops entirely. The agendists however didn’t accept this offer and insisted Ekpa stopped his broadcast (continued attacks on the agendists). Ekpa immediately declined.”

“The agendists have however accepted Ekpa’s deal, Ekpa shall continue his broadcast immediately after the Money Is complete. Payment shall be complete in the next 48 hours. Ekpe shall be back online once payment is completed”.

Consequent to the above development among other pressing factors, Mazi Simon Ekpa might be up for deportation as Anonymous has gone ahead to submit evidence to the Finland government.

“In no time, Mr Ekpa Simon would be deported. we have now provided enough evidence to the Finland government, his involvement in terrorism, killings and unrest in the South Eastern part of former Country Nigeria. $2.7m deal with the agendists, etc. A lot of evidence. Mr. Ekpa’s hands are soiled with blood”.

Although, numerous loyalists to Mazi Ekpa are yet to believe what they could describe as a canard following other series of strategies by the Federal Government of Nigeria to nail down the IPOB’s agenda for Biafra restoration.

Nonetheless, in the coming days, weeks, or months, the reality might have its place as things continue to unfold.

Ãnonymous had a few days ago, warned the residents of the Southeastern part of Nigeria to be security conscious, while they called out Mazi Ekpa as a compromised activist trading with the ignorance of his followers.

They maintain that Mazi Ekpa works for the agendists and would soon be caught up with karma.