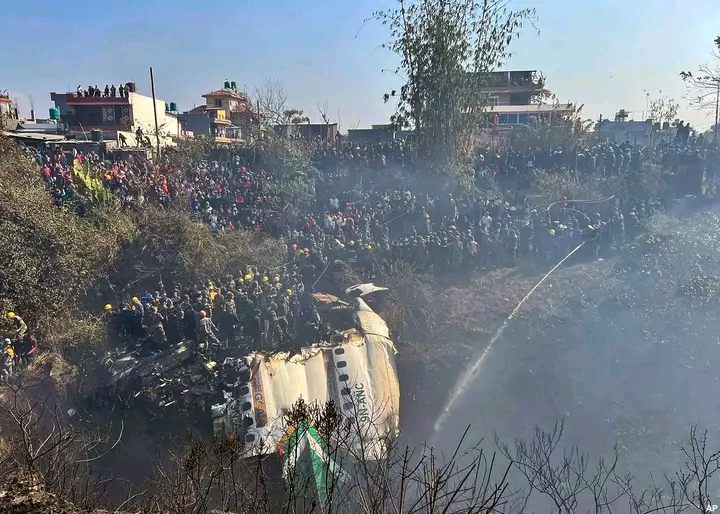 No fewer than 68 people lost their lives on Sunday when a domestic flight crashed in Pokhara in Nepal.
The country’s Civil Aviation Authority said it is the worst air crash in three decades in the small Himalayan nation.

Hundreds of rescue workers were scouring the hillside where the Yeti Airlines flight, carrying 72 people from the capital Kathmandu, went down.

Local TV showed rescue workers scrambling around broken sections of the aircraft. Some of the ground near the crash site was scorched, with licks of flames visible.

The crash is Nepal’s deadliest since 1992, the Aviation Safety Network database showed, when a Pakistan International Airlines Airbus A300 crashed into a hillside upon approach to Kathmandu, killing all 167 people on board. (AP/Reuters)