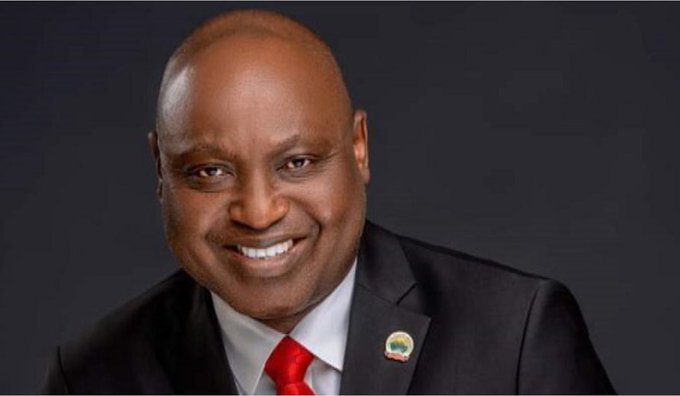 Former Governor of Ekiti State, Kayode Fayemi has handed over to Abiodun Oyebanji as Governor of the state.

Naija News gathered that Oyebanji has taken his oath of office as the new Ekiti State Governor. The Chief Judge of Ekiti State, Justice Oyewole Adeyeye, on Sunday swore in Oyebanji amidst applause from the crowd present. He took over from Governor Kayode Fayemi, who doubled as the chairman of the Nigeria Governors Forum. Oyebanji during the oath-taking process pledged to preserve, protect and defend as well as preserve the office as governor in the presence of mammoth Ekiti people. The former secretary to the state government (SSG), who was the candidate of the All Progressives Congress (APC), was declared winner of the Ekiti governorship election with 187,057 votes, defeating his two closest challengers — Segun Oni of the Social Democratic Party (SDP) who polled 82,211 votes, and Bisi Kolawole of the Peoples Democratic Party (PDP), who got 67,457 votes.